My lab studies the genetic changes that promoted the domestication of dogs from wolves. We recently found a few genetic mutations that occur in both dogs and wolves that appear to increase their friendliness towards humans. I hypothesize that these genes harbor more mutations in dogs that further increase friendly behavior. To test this, we need to sequence nine canines. We have sequenced six, and the funding will go towards completing the remaining three sequences.

My research group recently identified an association between genetic insertions and a canine’s friendliness towards humans (vonHoldt et al. 2017). These mutations are far more frequent in dogs, and may provide a novel insight into canine personality variation. Interestingly, when many of these same genes are deleted in humans, they are known to cause a behavioral syndrome called Williams-Beuren Syndrome (WBS). Among a number of central traits, WBS is often identified by extreme friendliness and lacking a fear of strangers. However, in canines, we see genetic insertions instead of the deletions found in humans.

We will explore the possibility that the same set of genes that cause WBS in humans may actually have been under selection when we domesticated wolves. Further, we are working to understand the molecular changes that occurred during the domestication process of wolves to dogs. In understanding the genes that experienced artificial selection during dog domestication and breed formation, we will begin to understand the genetics underpinnings of canine personality and behavioral differences.

We will collect Bionano sequence data from nine genomes representing a wide diversity of canines, from wild gray wolves to domestic dogs of various ancestries. We have already collected data from six canines and we are looking for support for an additional three. With this new technology aimed as detection these types of insertional mutations, we will explore genetic variation across these genomes in search of more information about the genetic history of our canine companions.

This funding will allow us to learn more about the specific mutations that are associated with human-directed hyper-sociability behaviors in canines. These mutations are larger fragments of the chromosome that have inserted; as such, a special method for sequencing these larger insertions is needed. Bionano is a new technique that allows for us to sequence these types of mutations that occur across the genome in three samples (2 domestic dogs and 1 wolf). With funding, we will be able to add these genomes to our growing surveillance of similar mutations that likely served as the key foundation for dog domestication through selection of friendly individuals.

This project addresses a question that impacts us all: what makes 'human's best friend' so darn friendly! After conducting a postdoc with the vonHoldt lab group, I can fully endorse the quality and novelty of Dr. vonHoldt's research. 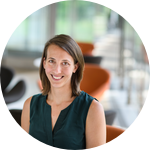 Kristin Brzeski
Assistant Professor
Michigan Tech University
Bridgett and her team are at the forefront of innovative canine genetic research and this project will provide fascinating insights to our understanding of the links between dogs and wolves. I fully endorse this cutting edge project, and encourage everyone to support it in any way that they can. I'm very excited about seeing the results at the end of the year.

Gayle Pedersen
Doctoral Researcher
University of Pretoria
Bridgett is an important contributor to the field of canine genetics, uncovering new and important findings about the history of dog domestication. Working at the forefront of the field with innovative methods, her new effort will explore the canine genome to help us understand the genes that have shaped the differences between dogs and wolves. I fully endorse this project and am very excited to see the results of this project at the end of the year. 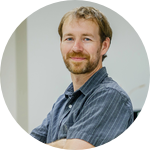 Matthew Lee Aardema
Assistant Professor
Dept. of Biology, Montclair State University
I fully endorse this research! The researcher is very skilled and has every capability to be successful in her proposed endeavors. Her research continues to uncover the history of dog domestication and I am very excited to see this research continue to build. Every little bit of support will help and encourage people to advocate for this type of research. 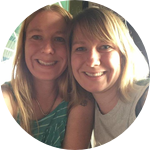 Crystal von Holdt
Environmental Scientist
State of Wisconsin
For over 10 years, Dr. vonHoldt has been advancing our understanding of the genetic basis of dog domestication. The vonHoldt lab and colleagues have shown the community that they excel at creative research ideas, disseminating their findings through peer-reviewed publications, and outreach to the public. The additional sequence data collected through this experiment will help further explore the genetic basis of friendly behavior in dogs. I'm very excited to see the outcome of this work! 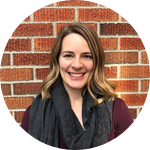 Rena Schweizer
Postdoctoral Research Fellow
University of Montana
Understanding how dogs evolved from wolves has been a very difficult problem to solve. As a research collaborator of Dr. vonHoldt’s, I am very impressed with her recent work to shed light on this question. Her research suggests there are mutations in genes that lead to increased friendliness in dogs and wolves. These genes are analogs to human genes that, if mutated, lead to hyper-friendliness in humans. I enthusiastically endorse her project. 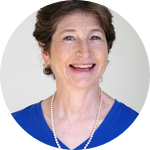 Janet Sinsheimer
Professor
UCLA
I enthusiastically endorse this project! Bridgett vonHoldt and colleagues are poised to make critical contributions to our understanding of dog domestication and canine ancestry through use of innovative technologies. All dog-lovers -- in truth, all animal-lovers -- should consider donating to this effort, as it will provide fascinating insight into the biology of man’s best friend. 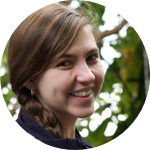 Alexandra DeCandia
Doctoral Candidate
Princeton University
I’m very excited to see the results of this project. Bridgett vonHoldt and her collaborators are highly knowledgeable, technically skilled, and have recently made substantial contributions to our understanding of canine genetics and dog domestication. I fully endorse this research! 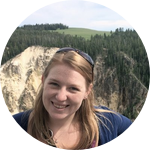 Elizabeth Heppenheimer
Doctoral Candidate
Princeton University
I enthusiastically endorse this project! Dr. vonHoldt is quickly establishing herself as one of the most dynamic and innovative canid biology researchers in the world. She has clearly demonstrated her skill as a scientist with her seminal publications in the field of canid genetics. We have been collaborating with her lab on an investigation of melanistic coyotes, and we are now excited to learn more about the evolutionary history of Canis familiaris as she launches this new project aimed at understanding more about “man’s best friend.”. 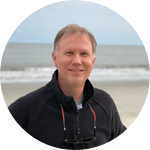 Christopher B. Mowry
Associate Professor
Berry College/Atlanta Coyote Project
I fully support the project proposed by Dr. vonHoldt. Her research has quickly risen to the forefront of contributions to the field of canine genomics and more broadly, evolutionary genetics. As a former postdoctoral researcher in the vonHoldt lab, I can truly say that Dr. vonHoldt demonstrates the skills and innovative thinking to accomplish the goals set forth in this cutting-edge project. I greatly look forward to seeing the results of this project and the contribution that it will make to unraveling the evolution of canine domestication. 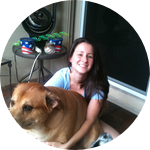 Ilana J Koch
Geneticist
Mountain Home, ID
As Managing Editor of Journal of Heredity, I enthusiastically endorse this project. Dr vonHoldt's team have published related research in the Journal, and are well qualified to be successful in the proposed endeavor. The team's research continues to uncover the history of dog domestication, and I am excited to see further work in this area. I encourage people to support this effort. 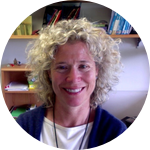 Anjanette Baker
Managing Editor
American Genetic Association
Bridgett and her team are on the cutting edge of canine genetics with a proven ability to document their important findings on the history of dog domestication. This new research is critically necessary for the continued understanding of the genetic history between the wolf and dog. I am excited to see the results of this research and fully support their work. 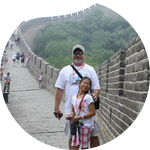 Scott Koehnke
Environmental Scientist
I fully endorse the project by Dr. Bridgett vonHoldt and her team of researchers. Using optical maps to understand structural variants across the genome is very innovative and will yield new insights into the domestication of dogs. Dr. vonHoldt is an outstanding and productive scientist and a leader in the area of canine genomics. This exciting project has a very high chance of success and will no doubt lead to new discoveries. 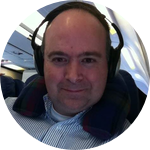 Klaus-Peter Koepfli
Conservation Biologist
Smithsonian Conservation Biology Institute
Dr. vonHoldt is a rising young star in canine genomics, a rapidly growing field of research that uses innovative genomic technologies to probe the mysteries of canine biology, including the incredible variation we see in modern dog breeds and their wild relatives. Bridgett has a very strong track record in the field of domestication genetics, and I am confident that her project will greatly advance our knowledge of this fascinating aspect of biology! 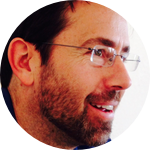 Bill Murphy
Professor
Texas A&M University
This is a very exciting project that proposes to apply cutting-edge genomic methods to address a very interesting scientific question. Bridgett has a proven record of leading exciting scientific projects focusing on dog genomics and evolution, and I am confident that this one will also generate very interesting discoveries. I therefore encourage people to support it and to follow it closely as it progresses! 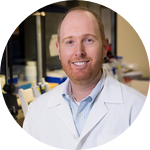 Eduardo Eizirik
Associate Professor
Laboratory of Genomics and Molecular Biology, PUCRS, Brazil
This study is exciting for both scientists and anyone who loves dogs! Dr. vonHoldt’s research helps us understand the genetic underpinnings of how dogs became such a big part of our lives, including the social nature that inspires millions of people to bring dogs into their homes as companions. As a collaborator, I have seen the quality and success of Dr. vonHoldt’s work first hand. I would encourage anyone with an interest in dogs to help support this research. This is an opportunity to help make new discoveries in canine science possible! 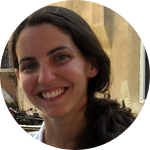 Monique Udell
Assistant Professor
Oregon State University
Bionano optical mapping is cutting-edge stuff that reveals details of the genome not easily accessible by other means. Already a leader in the growing field of canine genomics, Bridgett is set to make more waves since this project will be one of the first to apply optical mapping to dogs - and we are all very excited to see her results! Anyone who cares about behavior, evolution - or dogs! - should support this project! 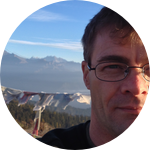 This project will be completed within 1 year of being funded. This will be a collaborative project with students in my group at Princeton University in New Jersey, USA. Half of this project has already been completed, but we need to collect more data to ensure statistical power for our genetic analysis.

This work is in collaboration with Dr. Monique Udell at OSU, Dr. Elaine Ostrander at NIH, Dr. Daniel Stahler at Yellowstone National Park, and Dr. Janet Sinsheimer at UCLA. We are extensively trained in molecular and behavioral sciences, and continue to publish frequently on related topics in canine evolution and genetics.

I am an Assistant Professor of Ecology & Evolutionary Biology at Princeton University investigating the molecular changes that occurred during the domestication of wolves into dogs, as well as uncovering the evolutionary history of North America’s canine species. This research has applications in biodiversity preservation and endangered species policy, and could shed light on the extent to which humanity can change the environment and the species they come into contact with.

Although I am actually a cat person, my career in canine genetics began during my Ph.D. at UCLA in Ecology and Evolutionary Biology. I adopted my first dog in October 2016, Marla, the English Sheepdog. I've published on the genetics of wild and domestic canines. My work has been covered by exciting news outlets, such as The New York Times, Science Magazine, Science Daily and National Geographic.