The Pyrenean glaciers are important source of water for the surrounding alpine ecosystems and people living there. These glaciers are very sensitive to climate change, which is accelerating their melting rate. It is expected that in a few decades the summits of the Pyrenees mountains will be free of ice. This research aims to estimate the current area and volume of ice of the Pyrenean glaciers in order to help to determine the rate of shrinkage of these ice masses within the next decades.

Since the beginning of the 19th century, all southern European glaciers have drastically retreated, losing most of their volume. The European southernmost glaciers are located in mid-latitudes on the Iberian, Apennine and Balkan Peninsulas (Grunewald and Scheithauer, 2010). Climate models predict future warming and drier conditions, which will likely result in the loss of all southern European glaciers within the next decades. This project, named PYRENEEND, will study the current state of the glaciers in the Pyrenees, a range of mountains in Europe that forms a natural border between Spain and France. Beyond the physical measurements of the glaciers, the study will also analyze the influence of these glaciers on the surrounding ecosystems and the socioeconomic context of the region.

Climate change is affecting most of the world's ice masses. Due to their small size and geographical location, alpine glaciers are particularly sensitive to temperature increases or changes in precipitation. The extent and thickness of the Pyrenean glaciers is decreasing since the end of the Little Ice Age period (1850 approximately) (Marti et al., 2015) and they are predicted to disappear by the middle of this century. Some studies have dettermined the approximate areas of these glaciers, but the thickness and the overall volume of ice is not well known. Moreover, the ecological and socioeconomic effects that the loss of these ice masses would have in their watershed basins, has not yet been studied.

The main goal is to estimate the volume of ice remaining in the Pyrenean glaciers in order to help to determine the approximate period from which they will disappear completely and to understand the ecological and socioeconomic consequences of such loss. Additionally, we aim to analyze the effects that losing these ice masses would have in the surrounding ecosystems and the influence over the socioeconomic context of the watersheds. In order to analyze the evolution of these glaciers over a longer period of time, we will also study the evolution of the glaciers of the main massif in the past through glacial reconstruction techniques, using a combination of physical-based models and geomorphological evidence.

The funds requested through experiment.com will contribute to pay the expenses of two researchers during a three day field survey campaign in the Pyrenees. The expenses will cover the fuel for the car, rental of mountain equipment and lodging (in camping premises). Equipment such as ice axes, crampons, helmets, climbing ropes, etc. are required to work safely. This equipment will be rented in a local company close to the study site in order to contribute to the local economy. Part of the budget will be used to pay the crowdfunding website (experiment.com) fees.

Glaciers are fundamental components of alpine environments. It is extremely important to determine the rate at which we are losing glaciers, as they are one of the limited sources of water in high mountain areas. The project proposed by this team is of critical importance and I look forward to learning more from their findings. 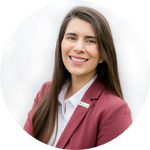 Present the results in an international Geosciences meeting

Submit a paper to an international peer reviewed journal 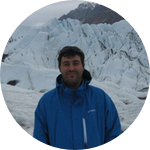 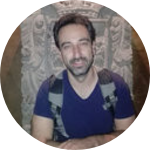 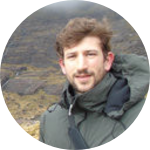 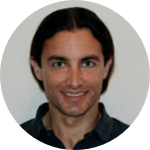 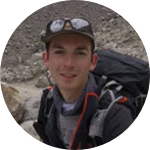 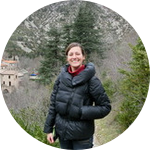 This interdisciplinary team is composed of several specialists in different research fields, such as glaciology, glacial geomorphology, ecology, mountain hazards and tourism in mountain areas.

Postdoctoral researcher. Specialized in glacier dynamics and modeling, implementing glacier reconstructions using physical-based models. His actual research is focused on analyzing the evolution of the cryosphere in high mountain and polar areas studying glacier fluctuations and their relation with the climate.

Professor of Physical Geography at the National Autonomous University of Mexico. He specializes in glacial geomorphology and his present work is related to paleoglacier reconstruction by using Geographic Information Systems and analyzing ortophotos and satellite images.

PhD Candidate in Earth Science at the Manchester Metropolitan University. He specialized in Disaster Risk Management and combines his knowledge in Earth Science and Decision-Analysis in order to create models that will lead local authorities and population to cope with natural and environmental threats.

Post-Doctoral Researcher at the University of Vermont (UVM). Rubenstein School of Environment and Natural Resources. His work focuses on bridging together the natural and social sciences in order to provide a holistic view on sustainability problems. Specialized in Ecosystem Services (ES) research and the impacts of ES management over ecosystems and livelihoods.

Postdoctoral researcher at the University of Arizona. He specializes in the remote sensing and field-based analysis of glacier dynamics and high mountain hazards, and has worked with the United Nations Development Programme to assess the socio-economic consequences of glacial lake hazards in High Mountain Asia.

Update with the field work.