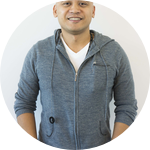 About
I am the Founder, President, & CEO of OncoSynergy a biopharmaceutical spinout of UCSF based in San Francisco.

I am a brain surgery dropout... I left clinical neurosurgery training in order to start OncoSynergy so that I could focus all of my efforts into advancing medicine and improving outcomes for cancer patients.

Shockingly, neuroscience was not an available major at the University of Washington in the early 90s so I received my BS in Psychology instead. I then pursued the dual MD/PhD at the University of Virginia through the Medical Scientist Training Program (MSTP) where I was Dean's Merit Scholar. I received my PhD in Neuroscience and, still hungry for more, deferred neurosurgery residency for 3 years to study brain tumors at Oxford University as a Nicolas Kurti Junior Fellow. After a brief stint as a neurosurgery resident at the "hospital to the stars" (Cedars-Sinai) I moved to San Francisco in 2010 to pursue my vision for OncoSynergy. To pay the bills in the meantime, I was also a Postdoctoral Scholar at UCSF in the Brain Tumor Research Center.

I am interested in cancer biology with a particular focus on tumors of the CNS such as glioblastoma for which my company has been granted Orphan Drug Designation by the FDA.
Joined

Can We Defeat EBOLA with an Experimental CANCER Drug?

Finding a Cure for Batten Disease

By Charlotte and Gwenyth Gray ...

Trapping to Uncover the Secrets of the California Moray Eel, a Kelp Forest Predator

First, do no harm: Institutional Betrayal in healthcare

Can We Defeat EBOLA with an Experimental CANCER Drug?

What we do at OncoSynergy

There are so many things that have happened in the past 4 (!) months since the last update. First, while the infection rates have dramatically decreased in all 3 major affected coun...

Hi Backers (and non-backers), Have been very busy on the cancer side of the company, but happy to report on the latest exciting progress for the #EBOLAproject. First, the outbreak.....

The #EBOLAproject has really taken off, as you will see from this update... First things first: the above graph is data from one of our academic collaborators demonstrating that OS2...

THANK YOU BACKERS... We reached our goal early and we all made the news today: Potential ebola treatment finds backers in crowd-funded campaign, SFBizTimes! Whew, I must admit there...

Currently working on a more extensive update, but wanted to send the major highlights of the past 2 weeks:  Unfortunately, the number of deaths from ebola in west Africa has doubled...

I've decided to title the Lab Notes "Brain Surgery Dropout Chronicles: Ebola Edition." As you may or may not know, I left a budding career in academic neurosurgery in order to start...