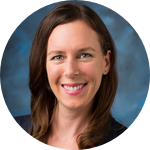 I have been vegan for several years, but was not immediately cognizant of the extent to which animal wastes and remains are integrated into organic plant agriculture. As I began to learn about veganic agriculture, it appealed to me greatly as a way to sever ties between chemical-free food production and animal agriculture.

About two years ago I became involved in organizing around veganic growing with Seed the Commons, a San Francisco-based vegan food sovereignty organization, and have also begun to take an academic approach to veganics, as there is little qualitative, social science research that might help us better understand and support this practice.

My degrees are from UCLA (BA, Environmental Studies) and the University of Southern California (PhD, Geography). My training in human-environment relations, experience with interview-based research, and work in and about the veganic movement have prepared me to undertake this project.

Alisha and I are excited to announce the online publication of our first academic journal article based on the Growing Veganic research project! “Veganic farming in the United States: farmer percep...

Mid-2020 “Growing Veganic” Project UpdateHello to our project backers and supporters. We hope that this finds you all healthy, safe, and well during this distressing time.Alisha and I are tacking b...

Happy 2019 to our project backers and supporters! Alisha and I have been mulling over the vast amount of data that we collected in 2018. We collected such a diversity of data from our fieldwork, a...

Findings on expanding veganic agriculture, and questions about veganic futures

It has been a busy summer for Alisha and I, as we wrapped up our interviews (19 participant farms as of July!) and moved into the coding stage of our project. In qualitative research, coding involv...

Last week I had the pleasure of giving a co-talk on the US veganic movement with Matt Drewno, who runs the nonprofit Victory Gardens for Peace at the Stanford Inn in Mendocino, CA and works with Jo...

Our fieldwork schedule has begun to shape up for the coming months as we hear back from potential participants to whom we are reaching out! Over here on the West Coast, it looks like I'll spend a w...

...and then some! We are deeply grateful to all of our 44 backers from all over the world for their support for our research plans. The opportunity to expand the body of knowledge about US vegani...

I'm just back from the People's Harvest Forum, an annual event in San Francisco that focuses on topics including food sovereignty, animal liberation, and veganic agriculture. There were some great...

I was recently looking through some field notes and documents from this summer and noticed how often the topic of humanure came up.  Some approaches to veganic farming explicitly prohibit it.  Othe...