We will develop a protocol for farmers in Burkina Faso to breed edible caterpillars, a local delicacy, year-round. Caterpillars are rich in protein, iron and zinc, have a high market value, and are a beloved food source.

We’ve consulted many stakeholders, from the FAO to rural smallholders.

With your help, we'll work to give people control of their food and income.

The context of this project is a planet that's struggling to cope.

We rely on a food system that's in crisis. Our burgeoning population, coupled with a changing and unpredictable climate, threaten our ability to feed ourselves. Even now over 2 billion of us suffer from micronutrient deficiency and millions are malnourished.

Expanding agricultural land is part of our self destruction, and scientists say it's the greatest threat to the planet, and is destroying biodiversity.

Economic inequality lies at the heart of many of these interrelated problems.

In West Africa, all of these problems are acute.

Key solutions proposed by experts include: Livelihood diversification, empowerment of women, food sovereignty, sustainable intensification, and edible insects. Our project combines them all.

Our project's key significance lies in its development: We've spent six months living alongside rural smallholders and listening to their ideas and aspirations.

The communities we work in value the shea caterpillar as a source of food and income. They rear small livestock such as chickens already and would love to do the same with caterpillars! Until now they have not had the resources to figure out how.

But insects with their shorter lifespans and higher feed conversion efficiency, would be more profitable to rear, generating a stable source of income, protein and micronutrients.

We can develop a way to rear caterpillars year-round, providing a viable solution for millions of the world's most vulnerable people to diversify their livelihoods and combat poverty.

Our first aim is to develop an artificial feed for the shea caterpillars, based on locally available produce: A combination of shea leaves (the caterpillars' natural food), and biowaste, such as the leftovers from processing sugarcane or cassava.

We've collected samples of the caterpillars' food and feces, and are currently analysing their nutritional content to develop a nutritionally similar equivalent. We'll have the result by the end of February.

To ensure our feed is attractive to the caterpillars we are also analysing the surface of the leaves, which may smell a certain way, attracting the caterpillars to feed. We'll have the results of this by mid-April.

We'll do our first breeding trials in controlled conditions at Rothamstead Research Institute, UK, beginning in May.

With the funding raised by this campaign, we will:

Collect leaf samples and analyse their nutritional composition and surface compounds that may attract young caterpillars.

Collect and transport the caterpillars themselves for lab rearing trials (using feed that we are developing with financial assistance from the Barilla Center for Food and Nutrition).

We're thrilled to have so much support for our project, so we've added three stretch goals.

The first of these will go towards our research dissemination budget, which will ensure we publish open access and reach a wide audience.

The second will go towards training women subsistence farmers in caterpillar rearing.

The third will provide seed funding for a women's caterpillar cooperative.

If we achieve these three goals, the knowledge we generate will be transferred to those who will benefit from it most: Women smallholder farmers in Burkina Faso.

I work closely with Charlotte Payne and met Darja Dobermann at an edible insects conference held in Oxford. This project has the potential to expand the utility of edible caterpillars in rural Burkina Faso, making an important contribution to livelihood and nutrition. It is also an important project for exploring alternative protein sources - a crucial research field given the huge challenge of sustainably feeding the expanding world population and the environmental impact of traditional livestock. 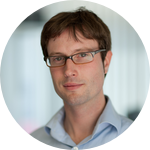 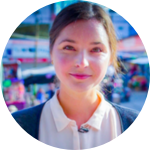 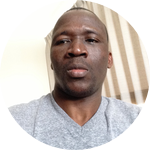 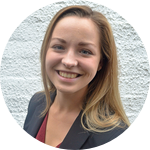 Mid-2015, Darja contacted Athanase when looking for collaborators enthusiastic about edible insects, & in Dec 2015, she met Charlotte at an edible insect conference. We saw the potential of shea caterpillars.

Now, with your help, this project can become a reality.

I began doing research out of a curiosity about human origins and a love of jungles and great apes. But I soon realised that no matter how we got here, we're now a species that is heading downhill fast, and taking most of the planet with us.

So I switched my focus to trying to understand how we can improve the health and wellbeing of humans and the planet as a whole.

Working on insectivory in chimpanzees taught me the value of insects as food. I became interested in the potential public health value of insects as human food. And while I certainly became somewhat skeptical about the framing of insects as a panacea, I still believe in their value - not least because I know that so many others do, too, although they might not have the platform to talk about it.

My current focus is conservation science and edible insects, so for my PhD I'm also monitoring the impact of caterpillars and caterpillar harvesting on biodiversity, agricultural yields and rural food security in Burkina Faso.

To catch insects and play with insects is very common for kids in the rural Burkina Faso. So, I started very early, when I was around three years old, to try and catch insects such as grasshoppers. I would play with them, dissect them, grill and eat them: I was doing Entomology and Entomophagy without knowing it. At University, I was very comfortable with Biology. When attending the Entomology class of the late Prof. Albert Patoin Ouedraogo, I realised that the world of insects is the most beautiful, most joyful and most colourful world, and my choice was very clear.

Recently, I realised that we need to anticipate the protein crisis. If we wish to preserve the planet, we must also to change our habits, and insect consumption is one way to get protein at little cost to the planet. My interest in shea caterpillars comes from the fact that they are the most consumed insects in Burkina Faso. The number of people eating them is increasing and the start of small manufacturers is increasing the pressure on this natural resource. The only way to preserve this natural resource is to breed the caterpillars independently of their natural host plant.

I began doing research very much by accident. Having always been adamant that "I would not be a scientist like my dad," I started working in the furthest field from his (he is a tropical agronomist), developmental psychology.

I worked on executive function (working memory, inhibition etc) development with preschoolers in Canada during my Bachelor's degree. I shifted my focus slightly by pulling in the international development angle during my Master's thesis.

Shortly after this I found myself with a gap year on my hands and spent time working in developmental nutrition with Dr. Jessica Fanzo. In those same summer months I also got my first experiences in a wet lab. After years of denying my fate I accepted that perhaps I was meant to be a research scientist in a field much more closely aligned to my dad than I ever anticipated.

Ultimately, this brought me to the PhD I'm working in now which, although in nutrition, utilises a cross section of nutritional, agricultural, entomological, biological and biochemical skills. My PhD aims to look at the potential benefit of insects in malnutrition and aquaculture. Throughout the PhD there is a strong emphasis on employing methods, skills and resources which can easily be accessed in the developing countries the research targets and relationships with researchers abroad is always paramount. I strongly believe the only way forward is together.

Our BCFN YES! presentation is available to watch here on YouTube.

Charlotte is in Burkina Faso collecting samples for the project during February and March, and will blog about it here.

We're on Twitter - @darjadobermann and @libertyruth - and we'd love to hear your thoughts about our project!

Thank you to David Michaels for helping make our video!