Otters are immigrating to the Greater Yellowstone’s historically fishless Beartooth Plateau as a side effect of sport fish stocking as well as climate change. As an “invasive species” in this alpine environment, these predators could have serious consequences for native species. Our team of citizen scientists will collect data on this new population for monitoring and hypothesis testing, and we will share results through both technical and popular formats.

Despite having more than 400 lakes and streams, the alpine Beartooth Plateau was historically fishless and thus unsuitable otter habitat. But trout stocking began in the early 1900s, and although otters were never "stocked" nor detected during surveys in the '60s and '90s, they are now found there too. And like the rest of the Rockies, Beartooth winters have been getting warmer, which helps otters by thinning ice and improving access to prey. Being a new population, baseline data is needed for monitoring. It also prompts the questions: Is this a resident (breeding) or a transient population? Do they eat anything besides stocked trout? How do native alpine species respond to this nonnative predator? How has/will climate change affect habitat suitability in this extreme environment?

The Beartooth Plateau is a pristine piece of the Greater Yellowstone, one of the world's most intact and well known ecosystems. It is entirely in national forests and mostly in designated wilderness. Despite this protection, it is a human-altered landscape impacted by climate change. This project will show how our actions are affecting a sensitive ecosystem, and how that ecosystem is responding. Its results will provide insight necessary to resist the changes and/or adapt to them ourselves, both here and in other alpine areas worldwide, thus benefiting regional wildlife managers as well as conservation science as a whole. Plus, by studying and reporting on charismatic species in a stunning landscape, we will engage everyday folks and local communities in natural science and conservation.

Through snowtracking and scat analysis, we will collect baseline demographic, distribution, dietary, and interaction data for future monitoring. With these data, plus data from satellite imagery, weather stations, and models, we will test hypotheses that (1) This is a resident population (just adults, or juveniles too?), (2) Stocked trout are its primary prey, (3) It affects native mesocarnivores [FIG. 1], and (4) Warmer winters [FIG. 2] and thinner ice [FIG. 3] have improved habitat suitability. Volunteer backcountry skiers will collect data and samples in May 2018, with analysis the following summer. To communicate results to managers, scientists, and the public, we will work with local journalists and filmmakers to supplement technical publications.

Funding from experiment.com contributions will cover citizen science field work and transportation expenses (five round trips to/from the study area), supplementing a $4,000 grant awarded by the Jerry Metcalf Foundation covering YERC overhead costs (necessary for office rent and utilities, insurance, software licencing, equipment maintenance, etc.) and production of a short video. Additional support for analysis and writing will be contributed by YERC (including in-kind contributions of unpaid labor), although since we are an environmental non-profit that relies on grants, contracts, donations, and about any money we can get, any experiment.com contribution beyond the funding target will be greatly appreciated and put to good use supporting our research.

As a PhD ecologist, I appreciate the scientific/ecological contribution of this project. Additionally, I have directed Citizen Science projects on the Beartooth Plateau, and am the Vice President of the Absaroka/Beartooth Wilderness Foundation. From these experiences I have seen, firsthand, how citizen involvement can build and nurture a commitment to wild lands and the values they represent. Finally, Pat Cross is a hardworking and capable scientist who is perfectly at home in remote, wilderness surroundings. 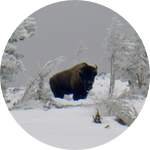 Citizen science field work will take place over two days in May 2018. Analysis will be completed by the end of the summer, and final products (peer-review article, agency reports, and popular media video) will be completed and delivered in early fall 2018. Future work may include noninvasive genetic analyses using the scat samples (DNA will be preserved from each sample collected for dietary analysis), camera trap data collection at latrine sites identified during snowtracking, and others. 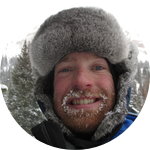 Our team is a collaboration between YERC--an independent, non-profit research center that has been working in the Greater Yellowstone for nearly 30 years--the Absaroka-Beartooth Wilderness Foundation--a local group dedicated to service projects (e.g., trail work, weed removal, education) and citizen science--and the Montana Backcountry Alliance--backcountry skiers with the skills, equipment, and experience needed to effectively, and safely, collect data in this remote, snowy environment.

Growing up on the edge of the Greater Yellowstone Ecosystem, I pursued a career in ecology so that I could work in a wilderness setting, continue learning about nature, and do something beneficial for the landscape and its inhabitants--plants, wildlife, humans, and otherwise--that I care about.

I have a BA in Journalism (with minors in Spanish and Wildlife Biology) and an MS in Systems Ecology, both from the University of Montana. For my graduate degree, I spent two winters doing research on the Beartooth Plateau, trapping foxes to collect DNA samples and attach GPS collars, and tracking them through the snow to collect habitat use data and scat samples. All of this was conducted out of a remote field camp at 9,000' elevation, 20 miles by snowmobile (and/or ski when the snowmobiles broke down) from the nearest town. Most people thought I was crazy to live up there, but I loved it (so maybe they were right...) Filmmaker Beau Fredlund made an excellent short video about the project that you can watch here (we will make a similar video for the Alpine Otters project), while the outdoor editor of the local newspaper visited us and wrote several great pieces that you can find here (and we will certainly invite him back for the project this spring). I have also studied bears and other wild canines in Yellowstone National Park, as well as worked as a naturalist guide, a newspaper reporter, a commercial fisherman, a cook, server, and dishwasher, a trout fly tier, and numerous other odd jobs.

My professional goal is to share knowledge and appreciation of wildlife and wild places so that others, both now and in the future, will be able to enjoy them as much as I do. 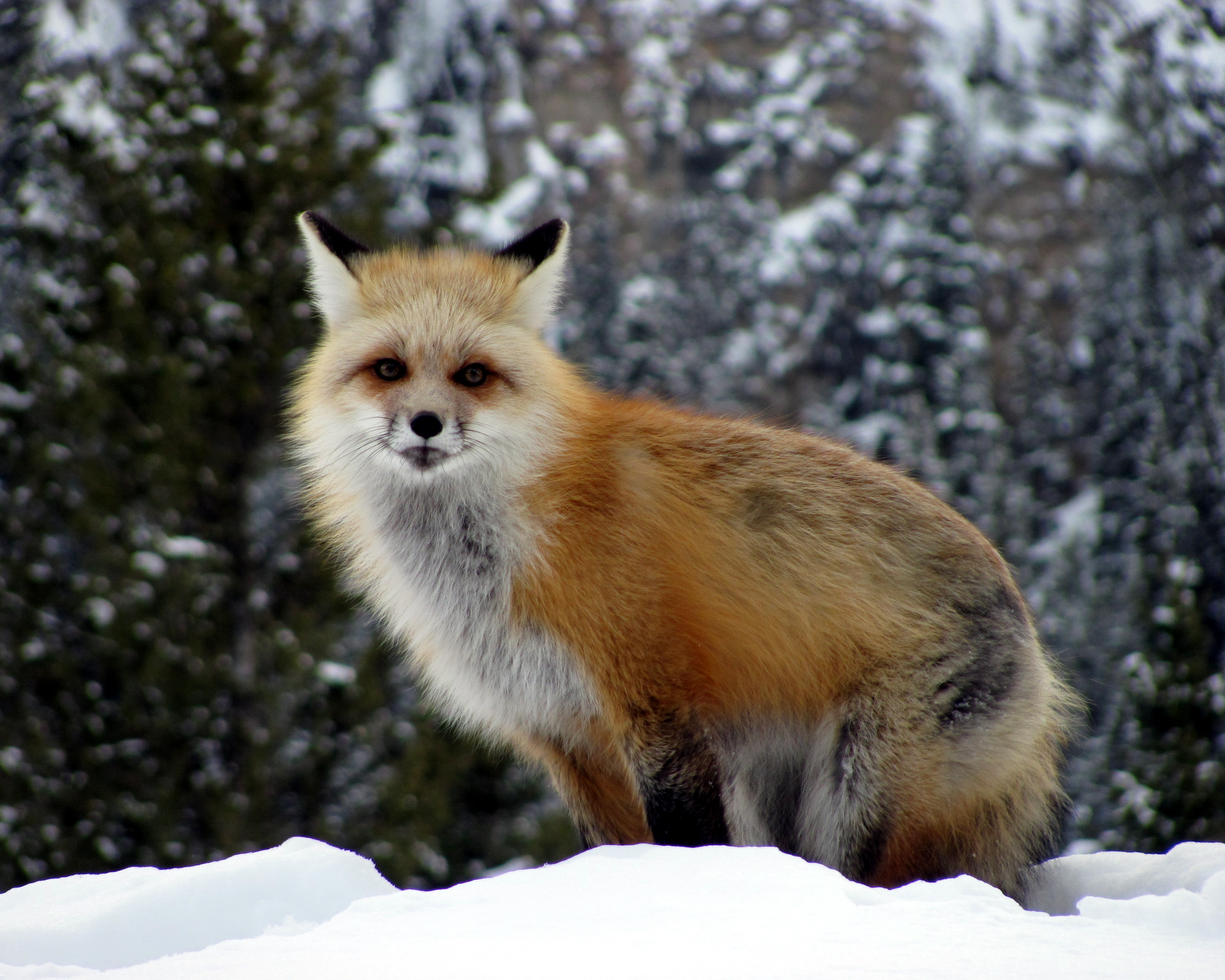 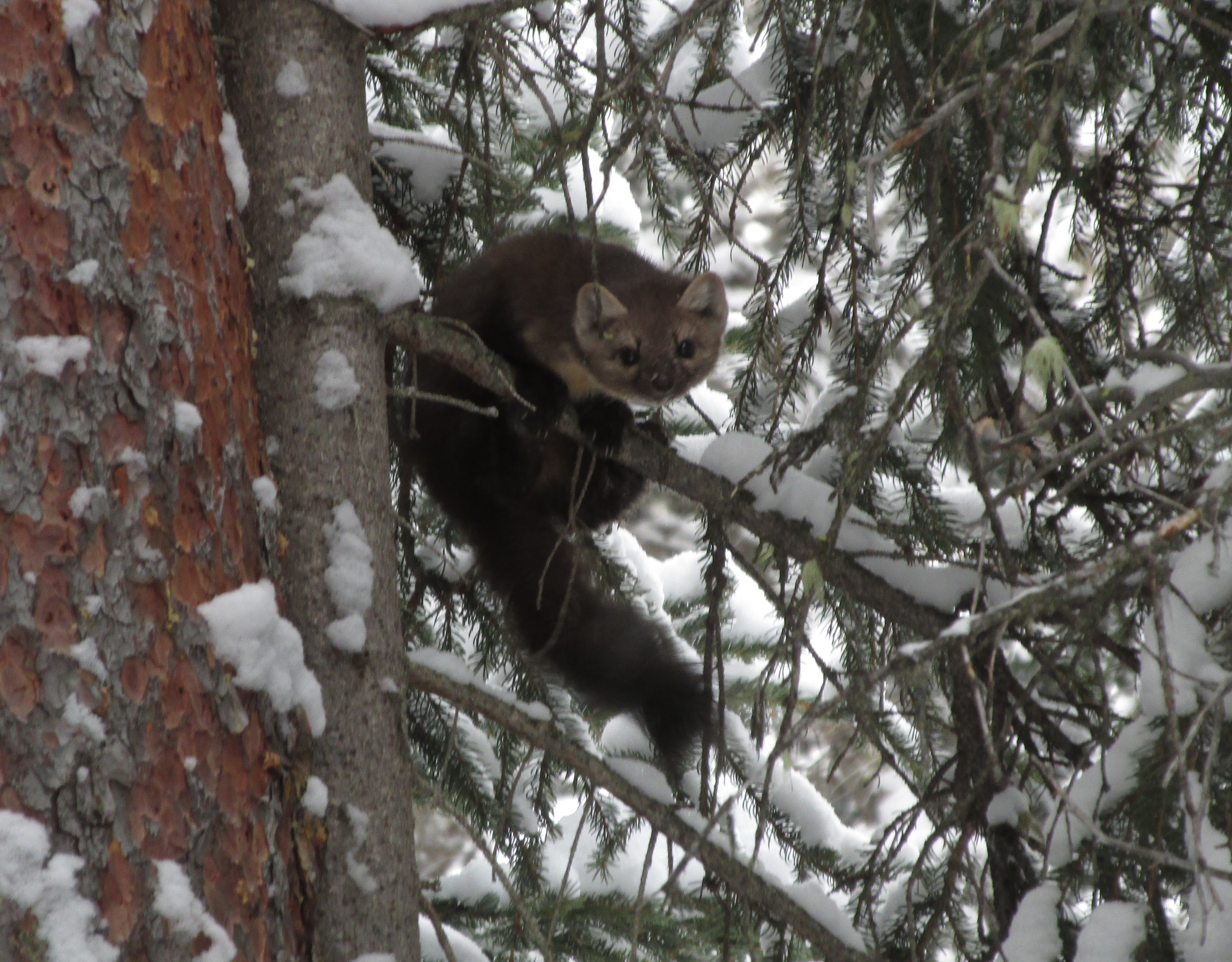 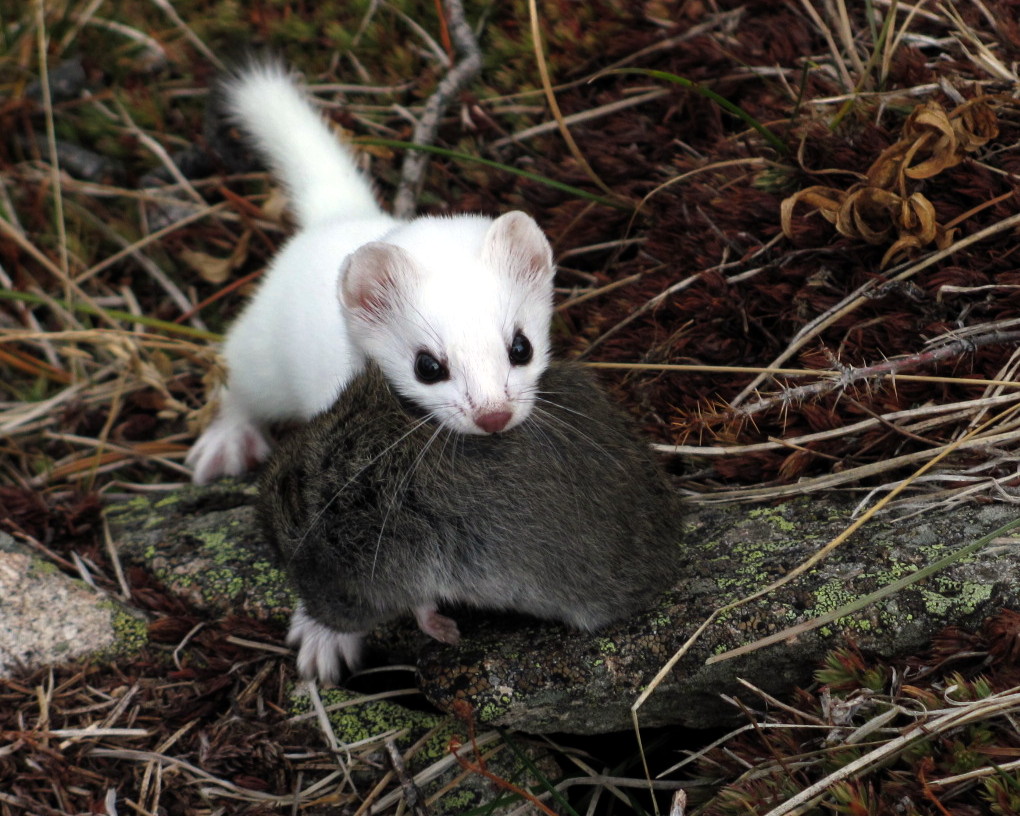 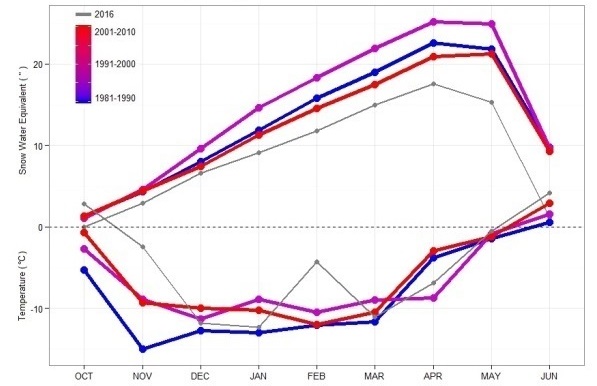 FIG. 3: Landsat satellite imagery (composites of the red, near infrared, and infrared bands known as "false color images") of the Beartooth Plateau showing changes in mid-June snow cover (yellow), exposed lake ice (orange), and open water (black) over two decades. Data like these will be important for assessing changes in river otter habitat suitability there.