Mycelial networks are the root like structures of fruiting body mushrooms. Spontaneous electrical low-frequency oscillations (SELFOs) have been recorded throughout these networks potentially as a form of communication. I want to record the interactions between mycelial bodies of same species and of different species to see if the SELFOs differ between these two. Understanding the way mycelial networks communicate can lead to influencing growth and other metabolic processes.

Research suggests mycelium may communicate using spontaneous electrical low frequency oscillations (SELFOs). SELFOs have also been recorded throughout the nervous system of mammals as a method of communication. Living things without a nervous system, such as plants, algae, and mushrooms also emit SELFOs. Research in 1995 showed mycelium transmitted SELFOs in response the changes in their external environment. Electrical potentials measured in mushroom species such as Pleurotus djamor and Ganoderma resinaceum are hypothesized to be a form of communication throughout mycelial networks. Mycelial networks may use up to 50 different electrical potentials to communicate.

Through research of SELFOs in plants we have begun to understand the types of environmental stimulus that may produce the plant to react. Arabidopsis, after being wounded, sent electrical activity to potential endangered sights and wound-response genes throughout it's system. It's also thought that the roots of plants may also send and receive signals from their environment in regards to changes in conditions (e.g. temperature, moisture).
Mycelial networks can be very big, yet, information passes throughout the systems quickly and efficiently. Having more data of these systems can help us to directly interact with the fungi and possibly manipulate growth and other metabolic processes.

The goal of my project is to the collect data in the form of micro-fluctuations in electrical conductivity between 1,000-100,000th of a second over a long period of time as the mycelium grows and explores. I will run experiments based in real-time and over an extended period of time (length of experiment greatly depends on growth rate of the mycelium). I am most interested in the collected data at the moment the mycelium begins to interact with another body of mycelium. I will run parallel experiments in which the mycelial bodies interact with another of the same species and another where the mycelial body interacts with a different species. I want to record and transmute the data collected into sound more importantly, song in which the listener can connect with.

The budgeted items with help me complete my research project by recording minute changes within the mycelium using sensors and Arduinos. I wish to transmute the data in sound using data sonification software and Synthesizers.

I will use sensors to retrieve the changes in frequency, and record the data with Arduinos. And then convert the text data into midi format to be able to "hear" the data. From there I will then use the MIDI data to transmute the data to sound that can "help express the language of the mycelium"

In addition, I also want to set up the experiment to not only record data over a period of time but also pick up data in real time throughout the experiment using multiple sensors and synthesizers.

We don't know yet if mushrooms speak for real, but Rita can learn and teach us how to musicate their intrinsic electrical patterns to get a better understanding of their communication signals. Would we be able then to "sing" back to the fungi? That's quite a provocative question that someone has to reply. Rita's artistic and multidisciplinary background, summed to her dedication to growing fungi and operating electronic music synths provides her with a good set of skills to run this experiment. Please support Rita in this electrifying quest! 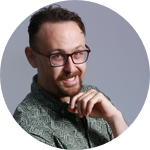 The length of the project greatly depends on how long it take the mycelium to grow and if there is any contamination that could interfere with the experiment. My main interest is when the different species meet near the middle of the tank. I expect this to happen 2 weeks - 2 months after inoculation depending on a growth speed / unexpected issues. In total the experiment could take anywhere from 4-9 months after all the equipment is collected.

Set Up Arduinos for Datalogging and Terrarium Monitoring. Continuously working on modular set up until inoculation of mycelium.

Set up Terrariums with substrate and plant life

Connect sensor for realtime data to modular system and begin sound design with frequencies throughout growth. Sound / Music will be recorded daily and upload to project IG.

Have a better understanding of the Data Sonification software for use with final piece. 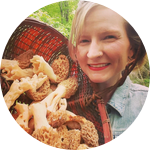 Rita Hamm is a citizen scientist, amateur mycologist, and experimental sound designer. As an amateur mycologist, she is often found foraging and studying wild mushrooms, growing edible species at home, and experimenting with fungal extractions and teas for health and culinary gains. As a sound designer, Rita is always looking for new ways to manipulate sound and provide a unique listening experience.

She is interested in merging her two passions through this experiment. The study of SELFOs can provide us with a better understanding of how the mycelial networks communicate within themselves. Future applications of this knowledge may be applied to controlling growth patterns or other metabolic processes of the mycelium.

The project can officially begin!
My project is fully funded!

After the supplies have been purchased I will begin working with the Arduinos to set up the datalogging system. This has to be done first as I would like to start recording data from the beginning on inoculation. In addition, the Arduinos for terrarium regulation must be set up before the terrariums are prepared for the experiment. After the Arduinos are set up, the terrarium ecosystems need to be prepared. I may give the plants in the tanks some time to adjust to their new habitat before inoculating the mycelium.

At the moment of inoculation, I want to begin recording data for both real-time and data logging purposes. I will record, listen, and adjust the modular systems in accordance to the frequencies produced. The main focus of my experiment is the moment in which the mycelium bodies meet near the middle of the tank. I am most interested in comparing and contrasting the interaction between same species and of different species. Will there be changes in conductivity between the two interactions?

I will continue to monitor the mycelium as they intermingle in the tank. I expect the experiment in total could take anywhere from 4-9 months depending on how long the set up takes, the growth speed of the mycelium, contamination in the terrariums, and other unknown factors that could interfere along the way.

In the future, I hope to have my tanks set up to a live feed system where people can log into the system and listen in real time from anywhere in the world. In addition, I eventually would like to have a wireless sensor recording system to bring my research into the actual forest and record the frequencies of mycelium across the world to then, in turn, create audio files with the data I record.