Arctic ecosystems are experiencing environmental change that may significantly effect mechanisms controlling carbon cycling in these soil systems. Shifts in vegetation and an extended growing season in the Arctic may promote new inputs to permafrost soils in this region. This incubation experiment hopes to examine the potential effect of labile carbon inputs on the release of native soil carbon in permafrost environments.

Environmental change in Arctic ecosystems will alter decomposition rates by lifting physical constraints on the microbial processes determining release of carbon from these soils. In addition, longer thaw and growing season will promote plant growth in these regions, and may increase carbon delivered below ground. Counterintuitively, greater above ground productivity may not result in greater below ground storage of carbon. There are several possible explanations for this pattern, including the increased release of carbon as a result of stimulated soil carbon use known as positive priming. The concept behind priming is, in soils with low nutrients, decomposition of native soil carbon occurs to sustain stimulated growth of microbial communities seen with new easily degradable carbon inputs.

Many studies have demonstrated the occurrence priming effects in soils following the addition of plant residuals, simple sugar compounds, amino acids, root extracts, and natural root exudates. However, these studies mainly focused on one specific location or used multiple unrelated locations to explore different types of soil response. When examining priming potentials of soils in arctic regions, latitudinal effects should be included in experimental design. These ecosystems display very distinct spatial and temporal characteristics that could affect priming seen in these soils. The study sites in this project span several degrees of latitude and capture a wide range of environmental conditions would be most informative for exploring priming potentials in permafrost-affected ecosystems.

This study seeks to better understand the potential for priming effects in carbon-rich permafrost soils within the Mackenzie River Basin along a north south transect. Currently the incubation is underway and generating respiration data that can be used to detect the occurrence of soil priming in the three chosen sites along the transect. Priming effect potentials will be determined for each site along the transect to determine if latitude influences vulnerability of these permafrost soils to carbon loss via priming.

I am requesting funding to perform necessary analysis of stable carbon isotope ratios from the respired carbon from the incubated soil samples. The priming potentials of these soils can be detected by determining what carbon is preferentially being used by microbial communities. There are two sources of carbon available to microbial communities within the incubated soil and each has a unique isotopic signature. The respired carbon will have an isotopic composition that is similar to the source being used. Therefore I am going to use δ 13C signatures of the respired carbon dioxide to differentiate between sources of carbon. If the carbon dioxide generated from the soil is more similar to the δ 13C value of native soil carbon this is evidence of soil priming. Each sample will be run individually and currently is priced at 20-25$ per sample. 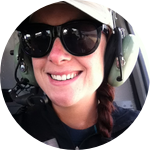 I am currently a masters student at the University of Hawaii and completed my undergraduate studies at McMaster University in Ontario, Canada. Originally from San Francisco I moved to the west coast of Canada to attend school and fell in love with Arctic ecosystems. I am interested in researching ecosystem response to environmental change, northern wetland ecosystems, biogeochemical cycles in soils, and carbon cycling on a global scale. 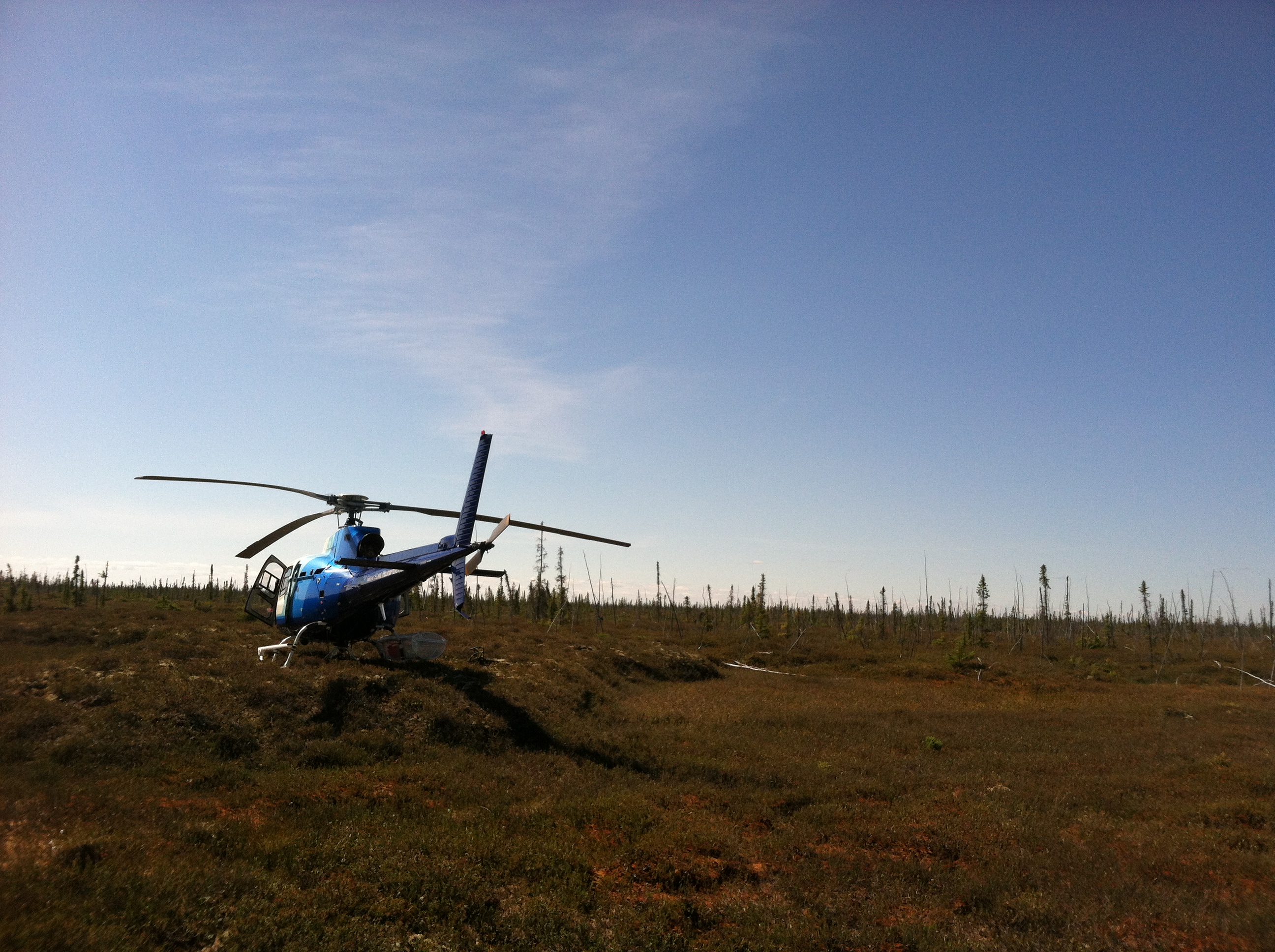 Collecting our core collection in July of 2013 from remote sites in the Canadian Arctic only accessible by helicopter in the summer and snow mobile in the winter. 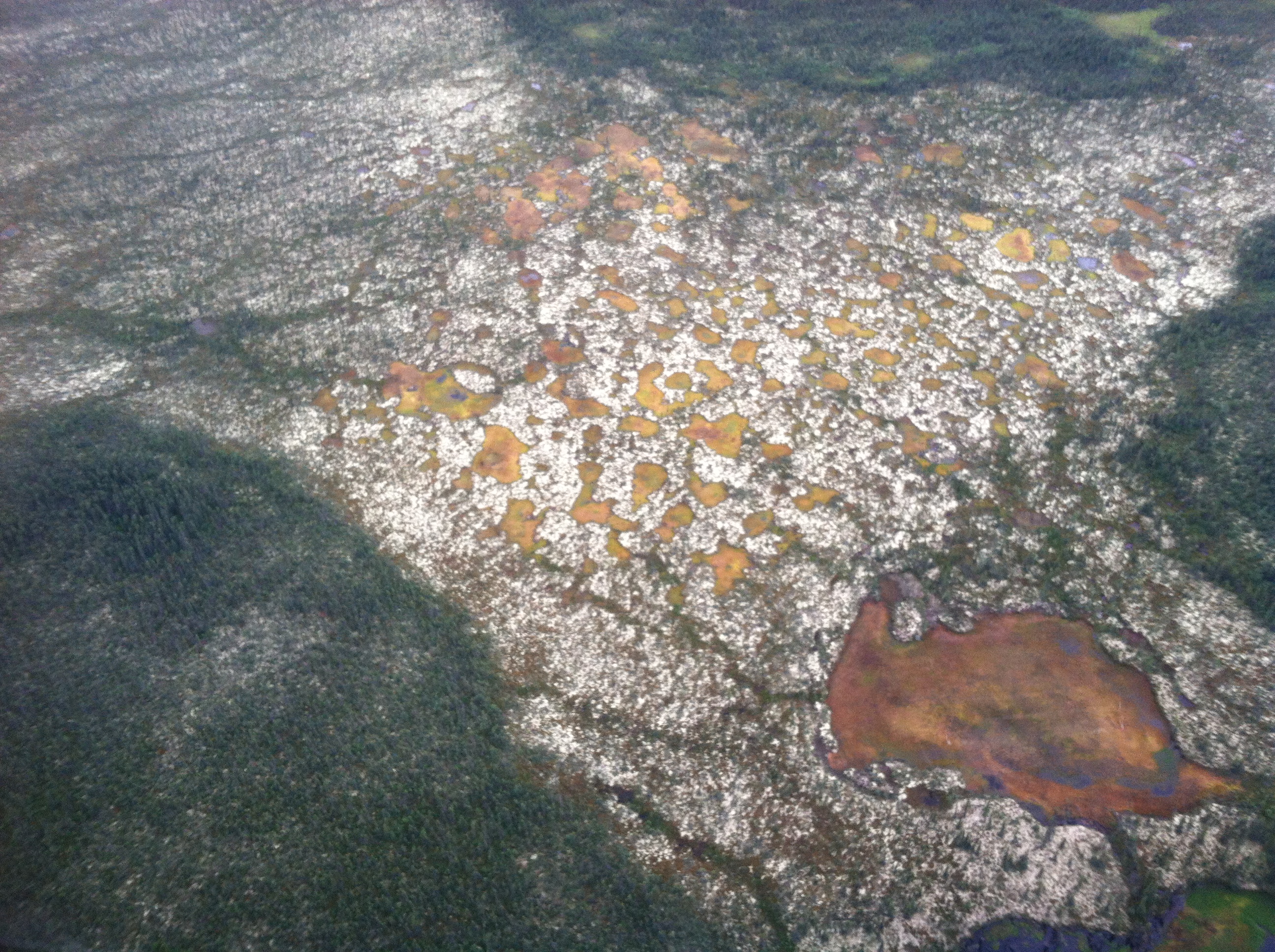 These high latitude soils store a shocking amount of carbon due to physical conditions. They might not look pretty, but these muskegs are tremendously important to the global carbon cycle. 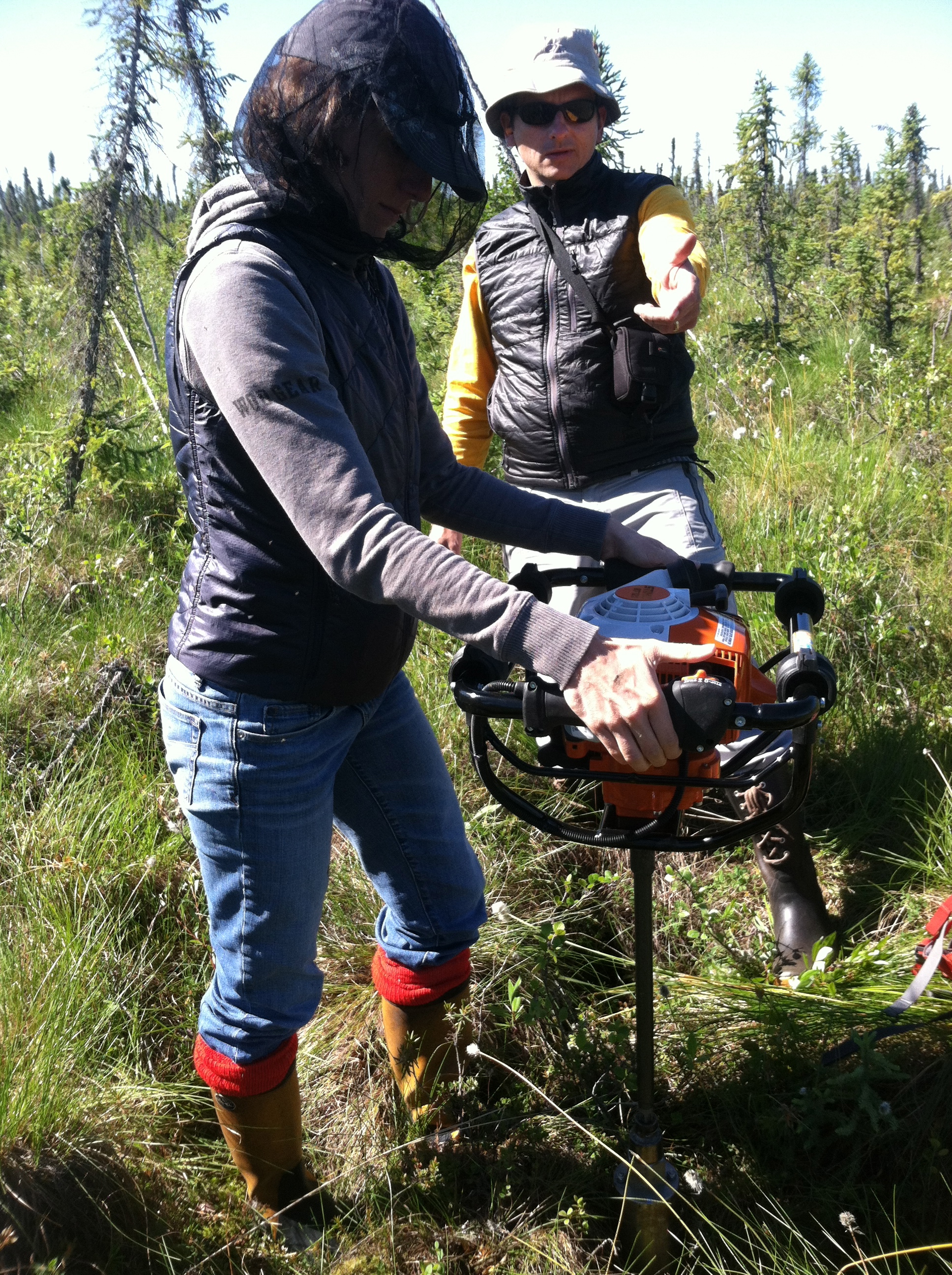 Permafrost cores were extracted using an auger (Stihl BT121) with an attached 20cm core barrel fixed with a diamond drill bit. Drilling through to the bottom of the soil the permafrost samples were removed, and each was wrapped in protective material and placed into a cooler following collection. These cores include the active layer (top 20+ cm) and upper permafrost that will be used in the priming experiment. 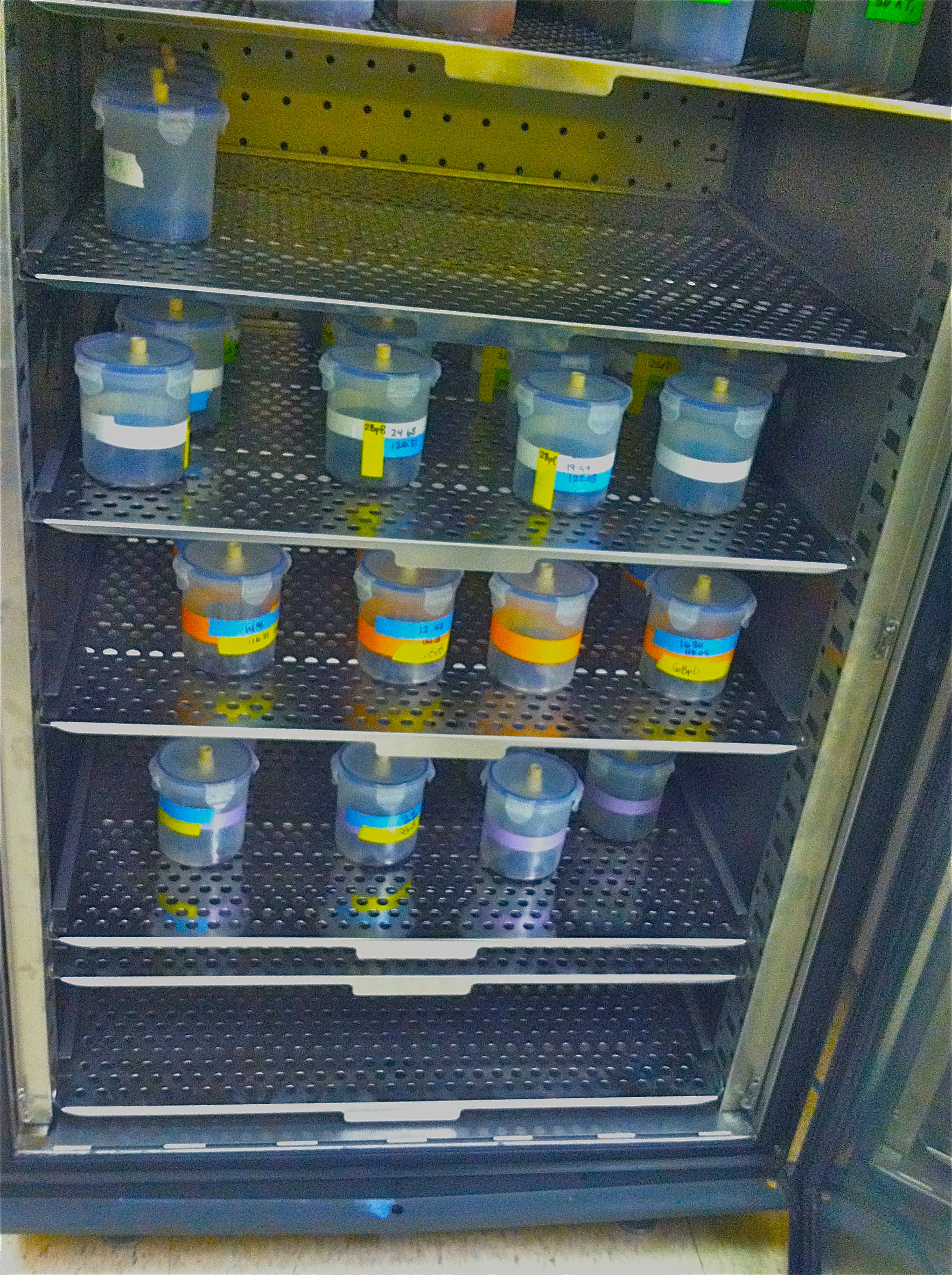 Three cores were chosen for the incubation experiment to best represent the north south transect. Soil samples from both the frozen permafrost and thawed active layer are incubating in Caron refrigerated incubators at 10°C. 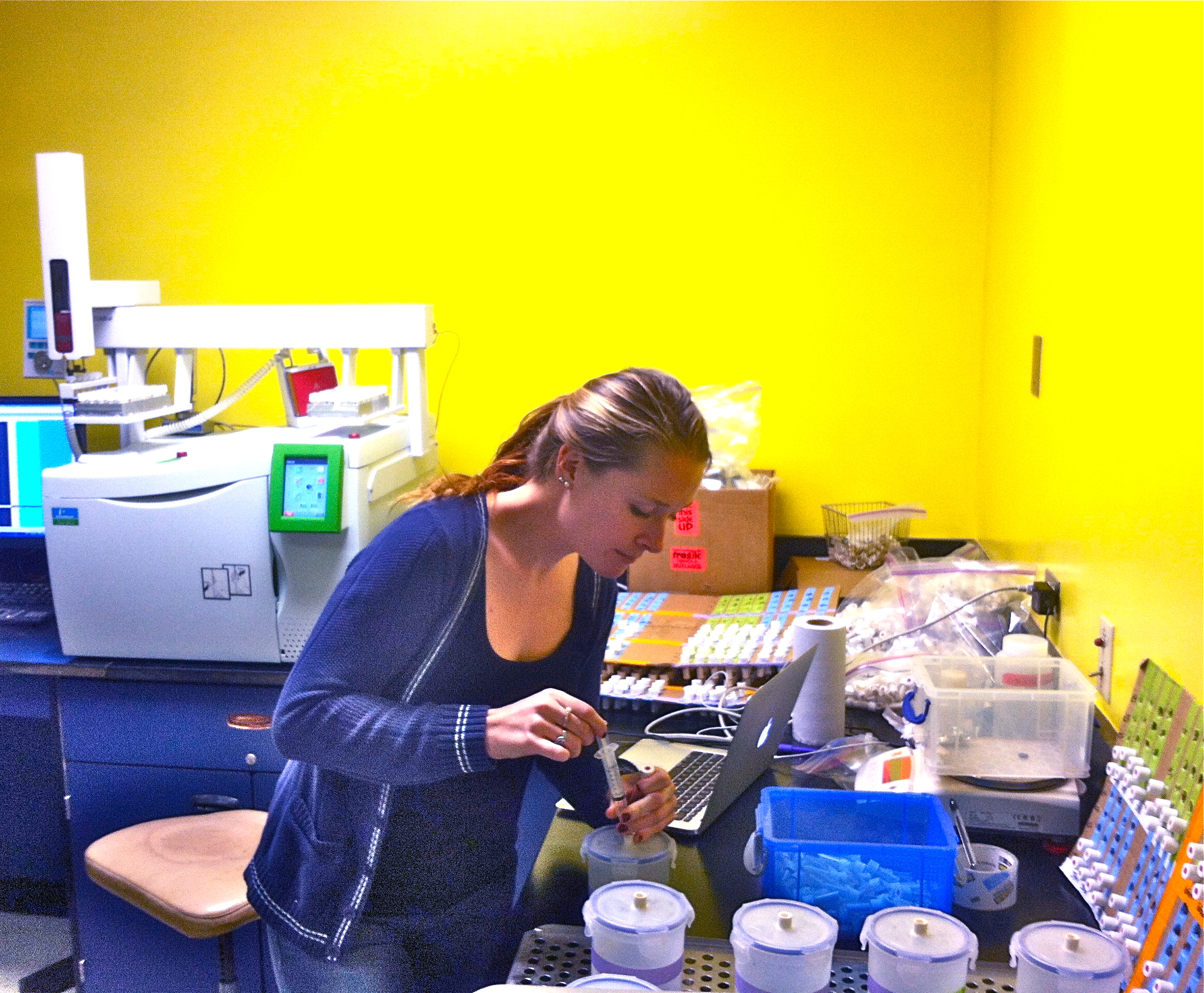 Containers are incubated with the lids off, and capped during the sampling period; samples are collected every 4 hours over the course of 12 hours (t0 = 6am and t4 = 10pm). 10mL of headspace will be pulled from each container using an airtight syringe. 6mL from the syringe will be injected into an exetainer and carbon dioxide will be quantified on a Perkin Elmer Clarus® 580 Gas Chromatograph. The remaining 4ml will be collected to obtain composited 13CO2 rate measurement over the incubation-sampling period for each site and depth.