My undergraduate student Sonya Royzenblat and I will track the well being of the cave beetle Ptomaphagus hirtus at different ambient temperatures to determine the temperature range at which this species can be cultured most efficiently. Besides boosting our studies of its enigmatic visual system in the lab, this insight will help to understand its dispersal limits in the cave environment, and to predict possible changes in response to global warming.

P. hirtus is a highly cave adapted small carrion beetle which populates the vast subterranean world of Mammoth Cave and some nearby caves in Kentucky. Found exclusively in cave passages, this flightless species was considered blind for over a century. It was thus a great surprise that genetic studies in my lab revealed that these beetles possess a small but functional visual system (Friedrich et al. 2011). Since then, we have cultured P. hirtus in a dedicated cave lab to study the development and function of its unique visual system. Ongoing studies explore the cellular organization of its highly regressed eyes, the visual sensitivity of P. hirtus in light vs dark choice test, and the possibility that light can entrain a daily activity rhythm. Click HERE to find out more!

The development from egg to adult takes close to three months for P. hirtus. This is typical for cave adapted animals but extraordinary when compared to conventional animal model systems like fruit flies which develop in little more than a week. We hypothesize that P. hirtus reproduction and development can be accelerated by culturing at temperatures higher than 11 degrees Celsius, which we currently maintain to mimic its natural cave environment as closely as possible. Determining the temperature range in which P. hirtus thrives will also yield insights into dispersal limits of P. hirtus in the vast passage systems of the Mammoth Cave region and allow predictions about the effect of future environmental temperature changes, such as global warming, to be made.

In a pilot series of experiments, we will determine the upper and lower bounds of P. hirtus temperature tolerance as the temperature range with no detectable, immediate negative impact on adult and larval survival as well as egg laying rate.

In a second series of experiments, we will determine the temperature range for the optimal culturing of P. hirtus. In these trials, we will monitor the vitals of tester populations for up to six months at different temperatures to capture long-term effects on population health and growth.

Check out the Methods area for more details.

I am fundraising to facilitate the purchase of a Low Temperature Incubator that will allow us to perform the temperature controlled culturing experiments. In the long term, this incubator will be used to culture P. hirtus at the optimal temperature that our study will determine. This equipment will complement the trusty but rusty cold chamber we are currently using for the routine culturing 11 degrees Celsius. The latter temperature is the maximum temperature the cold chamber can be set at. This limitation prevents us from exploring the likely more effective higher temperature range.

I think this is an exciting project. Cave beetles are generally thought to be adapted to the cool temperatures. But it has never been tested if they have different preferences and what their metabolic and reproductive rates are at higher and lower temperatures. 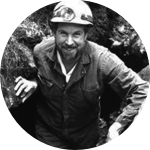 Stewart B. Peck
Professor Emeritus
Carleton University, Ottawa, ON, Canada
This is an innovative and valuable project that will enhance our understanding of cave animal biology. It also has important implications with respect to how future climate change may impact cave species. Dr Friedrich is a highly regarded scientist and well known internationally for his excellent research on cave beetles. 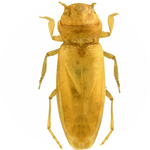 Steven Cooper
Professor
South Australian Museum and The University of Adelaide
There is not much known on how subterranean species may adapt to the constant temperature of caves, so this project is a most valuable and welcomed contribution. Knowing how these species react to temperatures that have never experienced in their evolutionary history could be also useful to understand the effects of global change in other organisms. Dr. Friedrich is an internationally recognized expert on cave biology, and I have no doubt on the success of this project. 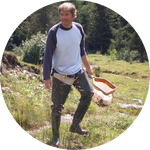 Ignacio Ribera
Senior Researcher
Institute of Evolutionary Biology, Barcelona
This is a very interesting project on a cave beetle to be conducted by an experienced and highly regarded investigator and laboratory. The experiments will advance the fields of cave biology and visual science as well as provide important and timely information about the effects of global warming on the fragile environment of Mammoth Cave. 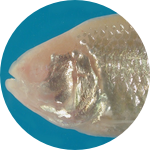 William Jeffery
Professor
University of Maryland
The dim light levels and low temperatures of caves have been major selective pressures on the evolution of animals struggling to survive in these very special environments. In this interesting and well motivated project, Markus Friedrich and his team will study the effects of temperature on the development and survival of cave beetles endemic to the Mammoth Cave System and thus help us understand how well this unique creature will adapt to a warming climate. 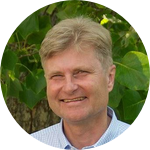 Eric Warrant
Professor
University of Lund, Sweden
Very interesting research project using cave beetles as models to explore temperature responses in highly sensible ecosystems. It will allow to establish protocols for maintaining these species in lab conditions, decreasing the impact of testing field specimens. Dr. Friedrich is an international well recognised and respected researcher, with large experience with this model organism. The proposed research will lead to increase our knowledge in the effect of global warming in the subterranean ecosystems, so far unknown. 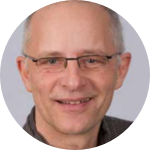