This research has now been published in the journal Environmental Communication. You can download a copy of the final paper here:

I’ll See It When I Believe It: Motivated Numeracy in Perceptions of Climate Change Risk

If you don't have access to this journal please contact me as I may be able to help you out. You can email me at matthew.nurse@anu.edu.au

This is my final update, and I just want to thank all the people who kindly donated amounts big and small to help get this project finalised. I think this is a useful and interesting contribution to the scientific literature about how to fight fake news and how to communicate climate change risk.

Why is fake news so popular? It is partly because people often accept any information that supports their beliefs - even if it is totally wrong.

This project seeks to measure the motivated numeracy effect outside the United States for the first time, so we fight the rise of fake news.

The motivated numeracy effect is a type of motivated reasoning where people refuse to acknowledge data if it doesn't support their pre-existing beliefs.

The findings of the study I'm trying to conceptually replicate was called "The most depressing discovery about the brain, ever."

Unfortunately, when it comes to issues like climate change even very smart people will disagree about the basic facts.

So, if we can find ways of getting people accept credible data and change their beliefs we'll be on our way to solving some big problems, like climate change, vaccinations and gun control.

To help contribute to that objective we need to find out whether the motivated numeracy effect is highly prevalent around the world or not.

When people can't even agree on the basic facts this stops whole societies from solving large problems.

This project aims to fix this knowledge gap identified by the National Academies of Sciences, Engineering, and Medicine who found that scientists don't know enough about how to communicate contentious areas of science and how people process information that goes against what they already believe in.

After concluding the experiment and finalising the results we aim to publish the findings for scientists and science communicators to use.

We're trying to replicate the findings of Motivated numeracy and enlightened self-government outside the USA for the first time.

These findings will either show that this effect exists outside the USA or not when asking Australians about a highly controversial topic - whether closing coal-fired power plants can significantly reduce carbon emissions.

We are going to use a professional polling company to contact 500 Australian voters who support two very different political parties and ask them to complete a short numeracy test.

Well then ask one random group to interpret some numbers about a medical treatment and one about coal fired power plants.

We're trying to see if people's politics get in the way of getting the right answer - even when they're smart enough to do it.

This research requires a large sample of hopefully 500 people.

Every dollar donated will go towards collecting a bigger sample, making it more statistically powerful. Participants will need to complete a difficult maths test so I'll need to compensate them for their time.

Every $20 you donate means another person in the study.

The polling will be done through a professional polling company, which is more expensive than other data collection methods, but is more reliable.

I've already paid for all the other overheads, such as statistics software.

The implications of this kind of research are enormous for societies that need to use the power of science and engineering to solve difficult problems. When people choose to reject the facts they don't like progress cannot occur. The research plan is well thought out and Matt Nurse is very well placed to undertake it. 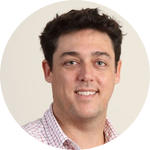 Stuart Khan
Professor of Civil & Environmental Engineering
University of New South Wales, Australia
Replicating research like this across different countries and contexts will have wide-ranging implications for the communication of critical, global issues. I thoroughly endorse the project and the researcher and encourage people to support it. 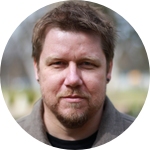 I am to keep contributors to this project updated regularly through this project and have it complete by the end of May. 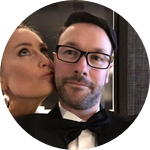 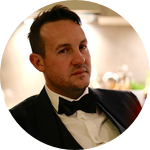 I'm fascinated about why people don't change their minds when presented with facts.

I sometimes write about the science of communication on my blog.

I have been a professional communicator for various public sector organisations for almost 20 years and am currently the Director of Communications at the Department of Economic Development, Jobs, Transport and Resources.

When I'm not learning, writing or working I play Lego and do science experiments with my two daughters, and lose at scrabble to my wife.

My cat Lonely likes to bring live mice into the house for me to catch. Usually after I've had a couple of glasses of wine.

5 Lab Notes Posted
I'm presenting my results!
The results are in
We. Are. GO!