This research project utilizes a multifaceted approach to identify and formally describe new species of ghost shark. Morphometrics, or a series of 96 measurements per animal, is a tool used to identify specific characteristics that differ among species. Discovering and quantifying these traits is imperative so that other researchers in the future posses the knowledge to make consistent and reliable identifications of the new species. 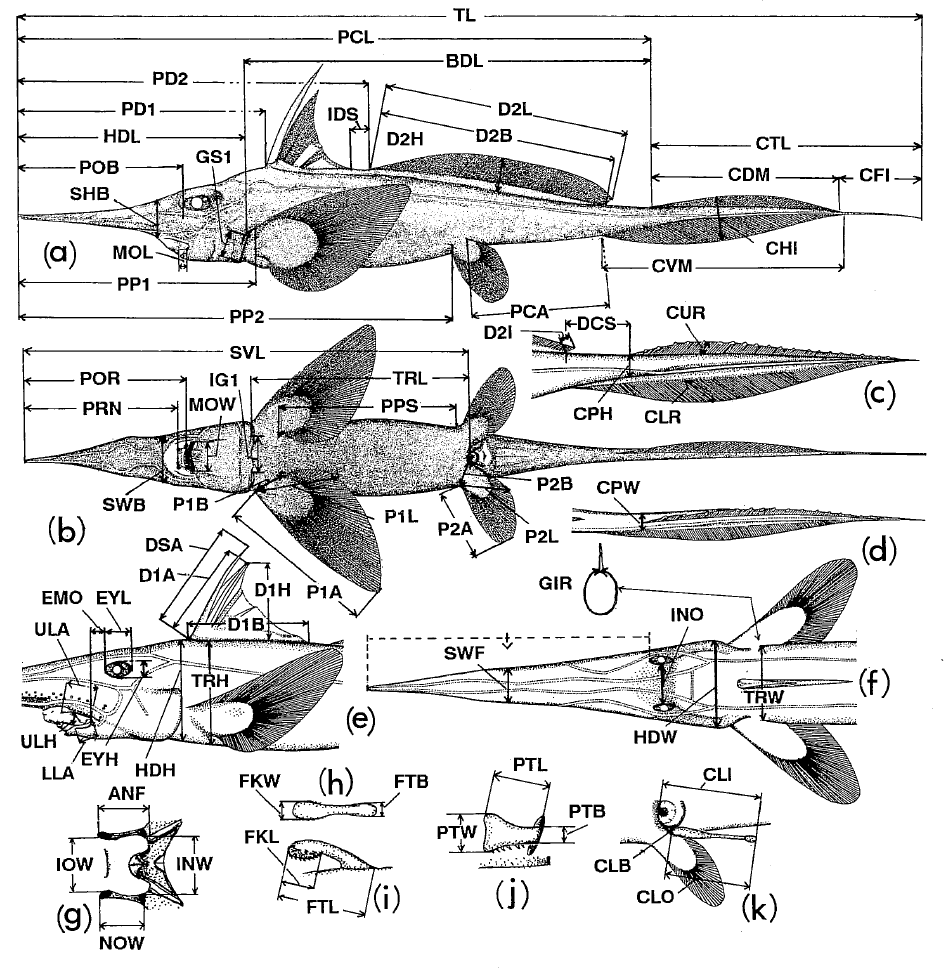 To date, our team has measured more than 100 specimens from six national and international museum collections for a total of nearly 10,000 unique measurements. These measurements are analyzed using a variety of statistical methods including Cluster Analysis and Multidimensional Scaling to visualize the data and determine any morphological differences among individuals and between species.

In addition to morphometric analysis, this project employs genetic analysis to differentiate species. After collecting a small tissue sample, it is preserved in ethanol, sent to Hollings Marine Laboratories in Charleston, South Carolina were collaborators extract the DNA and analyze the mitochondrial NADH2 marker.

Obtaining morphometrics from preserved museum specimens is not always an exact science.  Specimens may become degraded over time and can change shape from their original form. However by examining as many specimens as we can, these issues can be reduced. Any specimens that are too far degraded or obviously deformed are excluded from analysis.

Based on previous research, species from the short-nose chimaera genus Hydrolagus are genetically very similar, indicating they may have recently evolved from one another.  Therefore it can be difficult to make a species level distinction based solely on DNA evidence.

These challenges can be overcome by using an integrated approach. By investigating both physical and genetic characteristics of these enigmatic creatures, we can build a strong, coherent case in order to formally describe new species of ghost shark.