Mass mortality events (MMEs) present an important threat to the survival of the Saiga antelopes in Kazakhstan and Mongolia. While certain microbes have been identified as prominent causes in saiga MMEs, the triggers for the invasions remain unknown. Through extensive sampling across multiple years, we will investigate the possible role of microbiome perturbations in these incidents. Improved understanding of the mechanisms behind saiga MMEs may help us prevent future incidents.

In 2015, over 200,000 Saiga antelopes in Kazakhstan collapsed and died within 3 weeks. This represents 88% of the local population and 62% of the global population (1). In 2017, a similar mass mortality event (MME) wiped out most of the saigas in Mongolia (2). The event in Kazakhstan was caused by Pasteurella multocida, a commensal found in the respiratory tract of healthy saigas, which through change in virulence had managed to outgrow and cause blood poisoning. The mortality in Mongolia was due to PPR virus infection spilled from livestock and P. multocida was isolated from these animals as well but without associated pathology. Hence, the mechanisms by which P. multocida infection is triggered remain unclear although increased humidity and temperature appear to be significant drivers.

The global population of the critically endangered Saiga antelope has declined by 95% in the past 15 years, partly because of MMEs. While certain environmental factors have been linked to the saiga MMEs, we still don't understand how the baseline health of saigas affects their susceptibility to MMEs. This project investigates how natural variation in the saiga microbiome influences these incidents. Understanding changes in the microbiome that occur during MMEs may help us know how to enhance health of saigas to prevent MMEs in the future. This will strengthen the One Health nexus, which is currently disturbed in Mongolia by poor livestock management in conservation zones leading to cross infections and eventually biodiversity, food and economic losses.

To understand the scale and nature of microbial perturbations, the natural stability patterns in the saiga microbiota must be explored. Hence, the goal of this DPhil is to establish a dataset of microbial variation in saiga. Faecal and respiratory microbiota samples will be collected from saigas in Mongolia and Kazakhstan over 4 seasons. In this first expedition to Mongolia, 100 faecal samples will be collected at water points. A distribution map of saiga will be used as a basis for undertaking a randomised sampling frame to ensure a representative sample across the population. The microbiome will be determined with whole genome sequencing and the natural variation will be assessed with respect to host attributes as well as environmental conditions.

Camera Traps
Camera traps are a powerful tool in identifying animal droppings to species level. This grant would enable the purchase of five camera traps which would be vital to enable identification not only during this first field trip but also during subsequent sampling trips.

Expedition to Mongolia
Flights to Mongolia and living costs during the field trip of sample collection.

This expedition, and the rest of the DPhil project, is part of a wider study and a critical component in understanding the complexity of the science around the saiga MMEs. In particular, understanding the mechanisms behind the saiga MMEs in Mongolia, where the deathly disease has been spilled from the livestock, will help us strengthen the One Health nexus which has contributions not only to wildlife health but also the livestock and human health.

I am delighted that Eveliina will be carrying out this exciting and important piece of work. The devastating loss of a huge proportion of the world's saiga antelopes from a bacterial infection in 2015 highlights how vulnerable this species is, and the vital importance of Eveliina's work to uncover the causes of these diseases. Her work is both cutting-edge science and of direct relevance to the conservation of this unique species, and I fully endorse her fund-raising campaign. 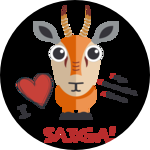 EJ Milner-Gulland
Tasso Leventis Professor of Biodiversity / Chair
University of Oxford / Saiga Conservation Alliance
This project is a critical component of wider research on mass mortality events caused by bacterial and viral agents in wildlife including the critically endangered saiga antelope a pleistocene survivor in Central Asia. Microbiome is a new field to better understand the natural ecologies of disease in a time of environmental change and increasing stress both nutritional, human and climate associated. This will provide a baseline and Eveliina is well equipped with degrees already in Nutrition BSc, Immunology MSc, and now registered for her PhD. 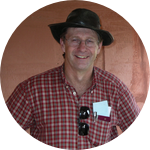 Richard Kock
Professor Wildlife Health and Emerging Diseases
Royal Veterinary College London
Linking bacterial community dynamics with mass mortality events is key to understanding the precipitous decline of Saiga antelope. Eveliina is a super-enthusiastic young researcher who has the skills and determination to deliver on this project's objectives. 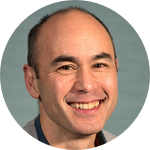 This expedition to Mongolia will establish the collection of microbiome samples used to create a dataset of microbial variation in Saiga antelope. After sample collection, microbiomes will be determined with whole genome sequencing.

Milestones for this expedition to Mongolia are presented on the right; goal dates are directive only.

Mission to set up the field work

Transport and storage of samples 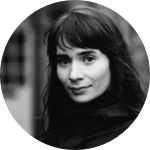 Eveliina graduated from the University of Helsinki in 2017 with a BSc in Nutrition. She subsequently undertook an MSc in Integrated Immunology at the University of Oxford. In her MSc dissertation she investigated host-microbiota interactions in ankylosing spondylitis at the laboratory of Professor Fiona Powrie. She has been accepted as a DPhil student at the Department of Zoology at the University of Oxford and will commence her studies in October 2018. In her DPhil project, she will be studying the role of microbiome, environmental factors and host condition in mass mortality events of the critically endangered saiga antelope. Her interest includes the role of the microbiome in both ecology as well as human health and she is currently involved in the HELMi (Health and the Early Life Microbiome) study in the research group of Professor Willem de Vos at the University of Helsinki aiming to identify novel links between the intestinal microbiota and later life health outcomes as well as provide insight into microbial transmission.

6 Lab Notes Posted
Saiga Conservation Alliance
Why do we need to #savethesaiga?
From a Friend to a Foe

The MME event in 2015 attracted international attention and the recent synthesis publication Kock et al 2018 is amongst the top 5% of all research outputs scored by Altmetric. Due to the unprecedented nature of the saiga MME syndrome in mammals and its association with environmental factors which are possibly driven increasingly by human induced climate change the large saiga MME in 2015 attracted interest in both public and science communities.

The Guardian: The terrifying phenomenon that is pushing species towards extinction