Discovering where seabirds fly while they're at sea is notoriously difficult, because we can't observe them directly. We aim to rectify this by tagging and tracking one species, the elusive and diminutive European Storm Petrel, on its forays off the Atlantic coast of Ireland. We will use this information to build a map showing when and where the species forages, ultimately enabling us to protect them from oil spills, wind turbines and other dangers at sea.

Seabirds are a difficult group to study because, as their name suggests, they spend a large proportion of their time at sea. While at sea they encounter a number of dangers such as fishing vessels, oil spills, wind turbines and the effects of climate change. Because of this, there have been calls to establish marine protected areas to conserve them. But first we have to find out where they're going in order to build up a map of the areas important to seabirds.

Any model is only as good as the data used to build it. If we have poor quality data our model won't be very useful, 'junk in, junk out' as the saying goes. Thus, it is vital that we gather as much information as is feasible before making any predictions about the distribution of a given species, in this case our Storm Petrel population. This species is so light that tracking technology has only just become small enough to be safely used on a bird of this size. By drawing on these advancements in miniaturisation our project will be one of the first to assess exactly how Storm Petrels are using the Atlantic Ocean.

Our chief aim is to determine how the European Storm Petrel uses its Atlantic Ocean habitat through the use of GPS tags. Our field site is High Island, an uninhabited island off the west coast of Ireland which is a known breeding colony for this bird as well as other seabird species.

We will capture the birds and tag them at their colony before releasing them to go about their normal routine of feeding, chick provisioning etc. Then we will recapture them and retrieve our tags.

Our research group will be conducting similar research for the foreseeable future but we have two field seasons planned for this specific project in August 2016 and August 2017.

Our research group is currently developing a model to determine the distribution of seabirds around the coast of Ireland, a seabird hotspot. We will use the data from the tags we're asking for here to get a better understanding of where our Storm Petrel populations move at sea. An adult of this species is < 30 g so we need to use these particular tags which are < 1 g to achieve our goal. These tags record about 80 GPS points for each deployment which should give us a good sense of where the birds are operating. As is typical in biology, a big sample size is key, so the extra equipment from this fundraising effort would be a real boon to our project.

Considering how long we have known & observed this charismatic species, it really is surprising how little we know of it. This well designed study will help fill in the blanks for the European Storm Petrel, a particularly elusive species. From my own work at BirdWatch Ireland, I know this is exactly the fundamental data that is essential for effective conservation of our bird life. My long time colleague and collaborator, Dr. Adam Kane, has put together a clearly thought out project that will undoubtedly achieve its aims. 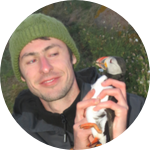 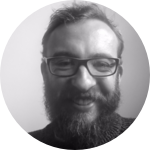 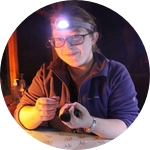 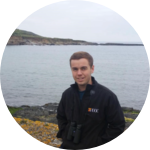 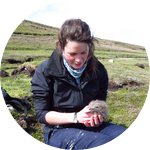 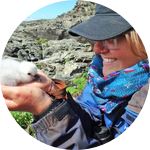 The Ornithology Group at University College Cork is made up of staff based at the School of Biological, Earth and Environmental Sciences (BEES), and at the MaREI Centre (part of the Environmental Research Institute).

I'm a postdoctoral researcher at UCC where I'm developing models of seabird movement and the effects that these animals can have on the environment by transferring nutrients. My PhD at Trinity College Dublin was on the ecology of vultures a group which has many similarities to seabirds. I love communicating my research and science in general to anyone who will listen and to that end I regularly blog, tweet and talk about my work and the work of others. If you're really interested in finding out more about me check out my website.

I'm a PhD student at UCC studying the distribution of seabirds at sea and factors that influence this. My current focus is on building a model to generate predictive distribution maps of seabirds at sea, which can then be used to identify areas of high biodiversity or vulnerability. I have an MSc in Ecology, Evolution and Conservation from Imperial College London, during which I analysed the impacts of by-catch on the fish species Antimora Rostrata, in terms of both biology and distribution.

My PhD, which began in July 2015, is funded by the National Parks and Wildlife Services and aims to develop a monitoring strategy for burrow nesting seabirds in Ireland. These include the Atlantic Puffin, Manx Shearwater and European Storm Petrel. I am particularly interested in long-term monitoring studies, primarily the effects of anthropogenic activities and climate change on the population dynamics and distribution of seabirds. With an absence of such studies in Ireland, I share an interest parallel to that of Prof John Quinn’s and Dr Mark Jessopp’s (my supervisors) goal of understanding and monitoring Ireland’s seabird populations. My current research focus is on testing novel methods for obtaining more accurate population estimates of burrow nesting seabirds.

I completed my PhD at the University of Sheffield in 2014, studying vocal communication in the chestnut-crowned babbler, a cooperatively breeding bird endemic to south-eastern Australia. Since then I have worked primarily on seabirds, and have been involved in various intensive monitoring and tracking projects. I have been the Ornithological Warden for the Calf of Man Bird Observatory, and a Senior Research Assistant with the RSPB, tracking seabird movements on Fair Isle. I previously worked as a Research Assistant on Skomer Island as part of a long-term population study on guillemots. I am an active bird ringer, and hold a British Trust for Ornithology A-permit and training endorsement.

Saskia has a very keen interest in seabird ecology in general and currently pursues a 2 year MRes at University College Cork. She is particularly interested in how the geographic location of colonies and resulting differences in environmental conditions affect the foraging behaviour and labour allocation of breeding pairs. She has worked and volunteered for several ornithological and marine research institutions during which she developed her passion for birds and the marine environment. Examples are the Avian Research Institute “Vogelwarte Helgoland” (DE), the Alfred Wegener Institute for Marine and Polar Research (DE) and the Vancouver Avian Research Centre (CA). After graduating from the University of Aberdeen in Marine Biology in 2013 and before starting her current Masters she also worked as a research and field assistant in Dr. Christian Rutz’s group at the University of St. Andrews, which focuses on tool-use behaviour in New Caledonian crows. 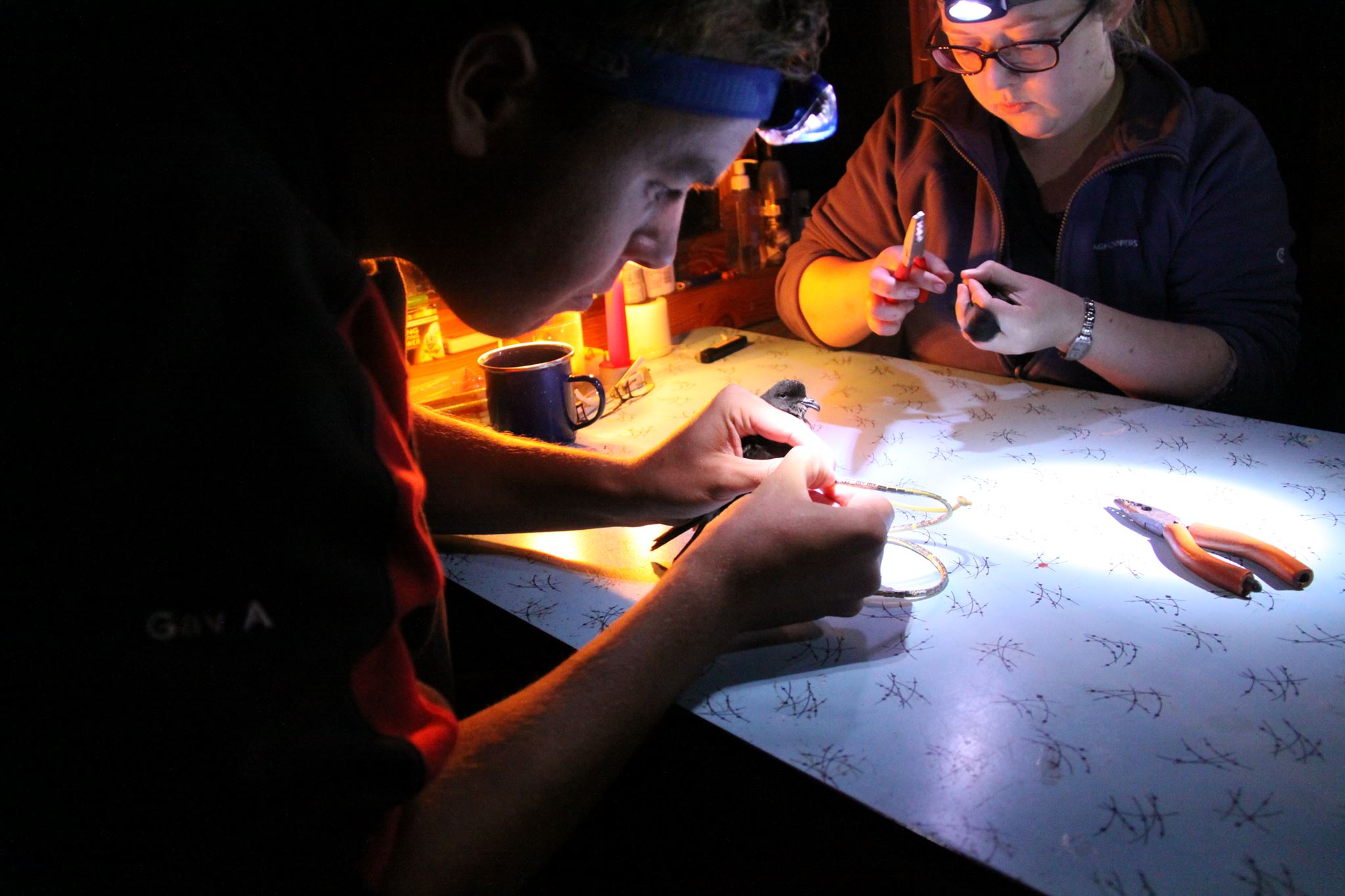 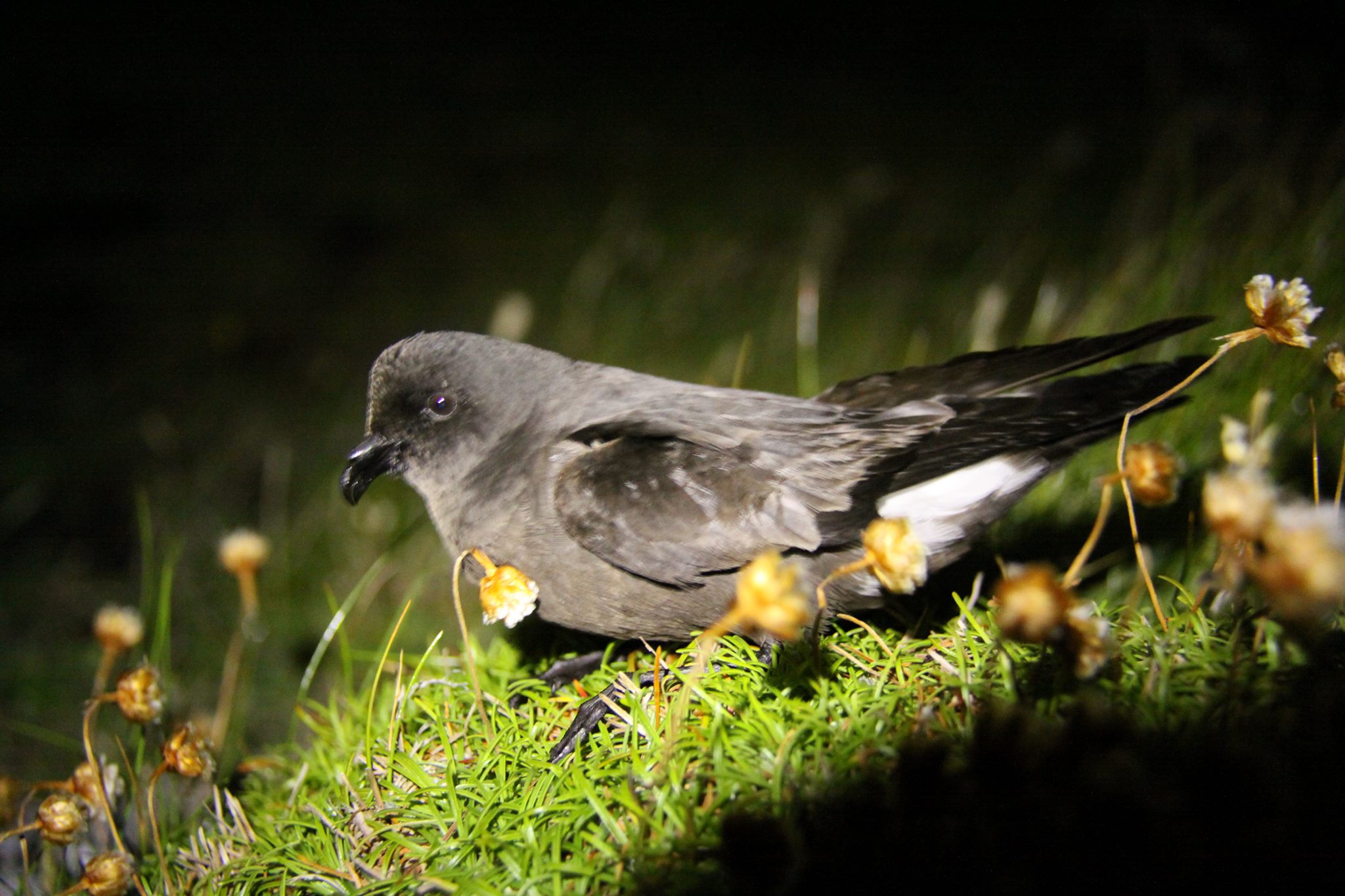