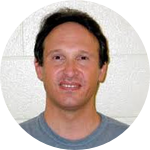 During my PhD studies at the Technion (Israel Institute of Technology), I have investigated the role of the ubiquitin system in protein post-transnational modification and degradation under the supervision of Dr. Hershko and Dr. Ciechanover (2004 Nobel laureates in Chemistry). Since then, I have been engaged in research of another less explored but yet important protein post-translational modification that is enhanced upon oxidative stress, namely: methionine sulfoxide (MetO). I have extensively studied the role of MetO in biological systems, including brain, and its reversal by the methionine sulfoxide reductase (Msr) system in various organisms during my postdoctoral training at Hoffman La-Roche (Nutley, NJ) and National Institutes of Health (under the supervision of the Dr. E. R. Stadtman, RIP). During my training, I have created several Msr type A knockout organisms starting with bacteria, yeast, and lastly of a mouse. All of these knockout strains exhibit higher sensitivity to oxidative stress and methionine oxidation. After appointed to a faculty position at the University of Kansas, I have developed a novel anti-MetO antibody (US Patent No. 8,409,824,B2) that has been successfully used by several researchers for the identification of MetO- proteins in various biological systems. My current research involves the use of MsrA knockout mouse as a model and the novel anti-MetO antibody to investigate the effect of MetO on protein function and cellular regulation. More specifically, the focus of my research is to elucidate the role of methionine oxidation and reduction in brain and the role of oxidative stress in neurological disorders and diseases. Publications and citations record:

Besides research, I enjoy painting on canvas, playing the piano and playing basketball in my free time.

We have 4 days left to our campaign...

We thank all our backers so far. As time is getting closer to the funding deadline, we encourage everyone to make a pledge. We understand that the chance of getting the funding is relatively low bu...

We got an extension...

We got 14 days extension time to our project. We do hope that this time extension will enable us to reach our funding goal. Thank you all for your support and pledge so far!Jackob, Adam, and Philip

Dear All,The deadline for our funding campaign will reach its end soon ( 2 days left). The rule of this initiative is an “All or None” rule. Thus, unless we reach 100% of our funding goal all cont...

The time to fund this project will be soon over (5 days left). I encourage any potential backers to make a pledge and hopefully we will reach our goal on April 13th. If not, we plan to relaunch the...

Moving forward to the next mile stone...

In previous lab note we mentioned that we have managed to produce the antigen ahead of schedule, first of April (today)). Now, to be able to achieve the next mile stone we need to reach the funding...

Hi All, We are approaching the 14 days mark before our campaign Will come to an end...So far we are still very much behind our funding goal (24% funded). Thus, as time becomes the limiting factor, ...

Dear All, Over 1000 people have visited our research page and we hopethat many more will do. Please consider a pledge to help us reach our fundinggoal. We are in negotiating now with Jackson's Lab ...

Hi All,Please follow the link to get more details on the story:https://www.cnn.com/2019/03/21/health/alzheimers-drug-trial-failure-aducanumab-bn/index.htmlThis unfortunate bad news just makes our p...

Dear All,Thanks to your help, we were able to raise ~$800 in one day! (yesterday) and so far we have a total of $1401 donated to our Alzheimer's research project after 22 days. We are about half w...