We are working with a protein that modulates the genetic information to generate different proteins from the same gene. These proteins might even have opposite functions. This process is called alternative splicing.

We hypothesize that alternative splicing could be a novel mechanism of regulation of the resistance to targeted therapy in lung cancer. This project will allow the identification of key elements of this resistance.

Lung cancer is the leading cause of cancer death in the United States. Despite extensive research efforts, the five-year survival rate remains around 15%.

It has been described that in 25% of the cases of lung cancer adenocarcinoma, activating mutations in EGFR protein are the driving cause of lung cancer.

Targeted therapy against these mutations is available and has shown significant clinical activity. These drugs, called tyrosine kinase inhibitors (TKIs), block the effect of the activating mutation.

However, inevitably, resistance to these drugs develops during the course of therapy. Some mechanisms of resistance have been described. But in 30% of the patients treated with TKIs, mechanism of resistance remains unknown.

We are studying a protein that is involved in the processing of genetic information, at different levels.This protein is more abundant in lung cancer than in normal cells.

We hypothesize that, this change in abundance along with the pressure of the targeted therapy, could be affecting the outcomes of mechanisms of processing of genetic information, regulated by our protein of interest and resulting in generation of forms of proteins that change cell resistance to a specific treatment and modify tumor growth.

Results from this project will open up new avenues for therapeutic intervention. New therapeutic agents could be designed targeting this splicing factor or the new forms of proteins generated and they could be delivered in combination with TKIs or upon disease progression.

1) Generate lung cancer cells resistant to TKI, starting from sensitive cells, by small increases of doses of TKI.
2) Modify levels of activity of hnRNP A2/B1 in lung cancer cells using stable constructs that either will down-regulate or overexpression of hnRNP A2/B1
3) Measure levels of specific mRNAs from candidate genes that could be affected by hnRNP A2/B1, in all different conditions
4) Repeat measurements, at protein level, under the same conditions of the candidate genes.
This will get a basic picture of how hnRNP A2/B1 can affect resistance to targeted therapy and offer information about mechanism involved in this process and how genes are alternative spliced by hnRNP A2/B1.
Processing this information, publishing it and developing novel questions will allow us to apply for funding.

Actually our lab works on a very tight budget however we are working on generating preliminary data in different approaches.

We are a young lab and we have not been able to get funding from major agencies. It is very important that we generate this preliminary data to be able to apply for major agencies such as NIH.

This budget will allow to generate this data since if funded at 100% we will have enough resources for at least a year. Without this budget, this research will be conducted on the side and it will take a long time to be completed. Unfortunately, there is a chance that we will have to abandon it for lack of funding. 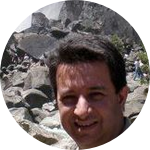 I was born in Girona, north-eastern Spain, in 1971, a few miles from the Mediterranean Sea. I went to college to University of Navarra, (Pamplona, Spain) and I majored on Molecular Biology. After that I started my PhD, in Barcelona, on a very basic subject on Genetics and Developmental Biology. I was investigating the origins of the Hox genes. Hox genes regulate early phases of development and are responsible of patterning the anterio-posterior axis of the embryo.

However I was eager to apply the molecular biology tools to a more translational research project. So, in 2001 I moved to Bethesda, MD to join Dr. Mulshine's lab at NCI (NIH) to work on lung cancer research. A few years after, Dr. Mulshine moved to Chicago, IL, to Rush University. There, working with him I set up, managed and supervised the Lung Cancer Biology lab from 2005 to 2011.

In 2001 I moved to UIC and now I work along with Dr. Dudek in lung cancer research.

This is a press mention in spanish:
http://www.abc.es/agencias/noticia.asp?noticia=1742989 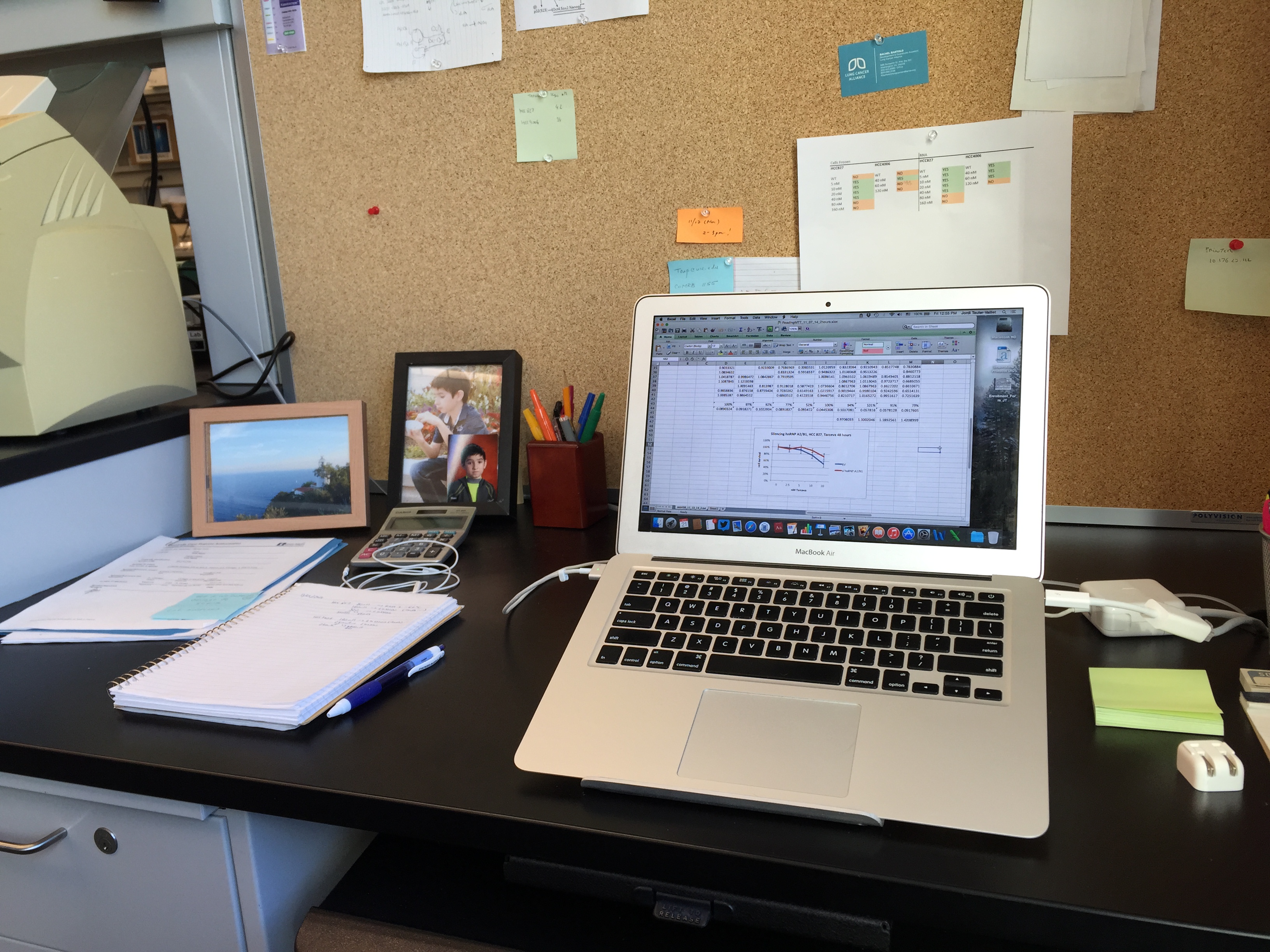 My thinking and analyzing station. Although sometimes I move to the cafeteria since no drink is allowed in the lab. This is where experiments start.... 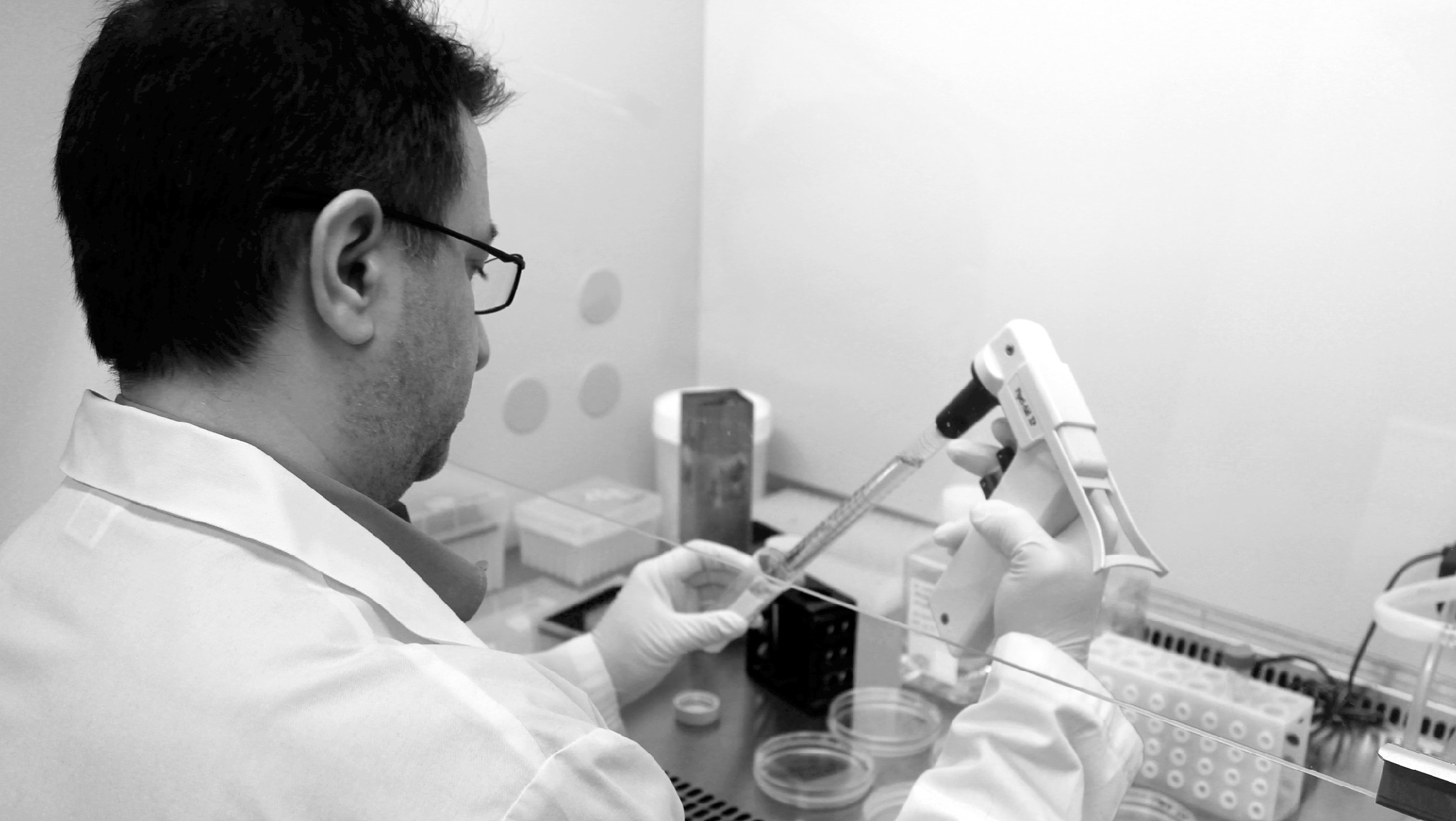 Working with lung cancer cells in the tissue culture area. Seeding cells in new plates for the next experiment. Usually first step of an experiment is prepare and seed cells in a new plate according to the conditions of the experiment. 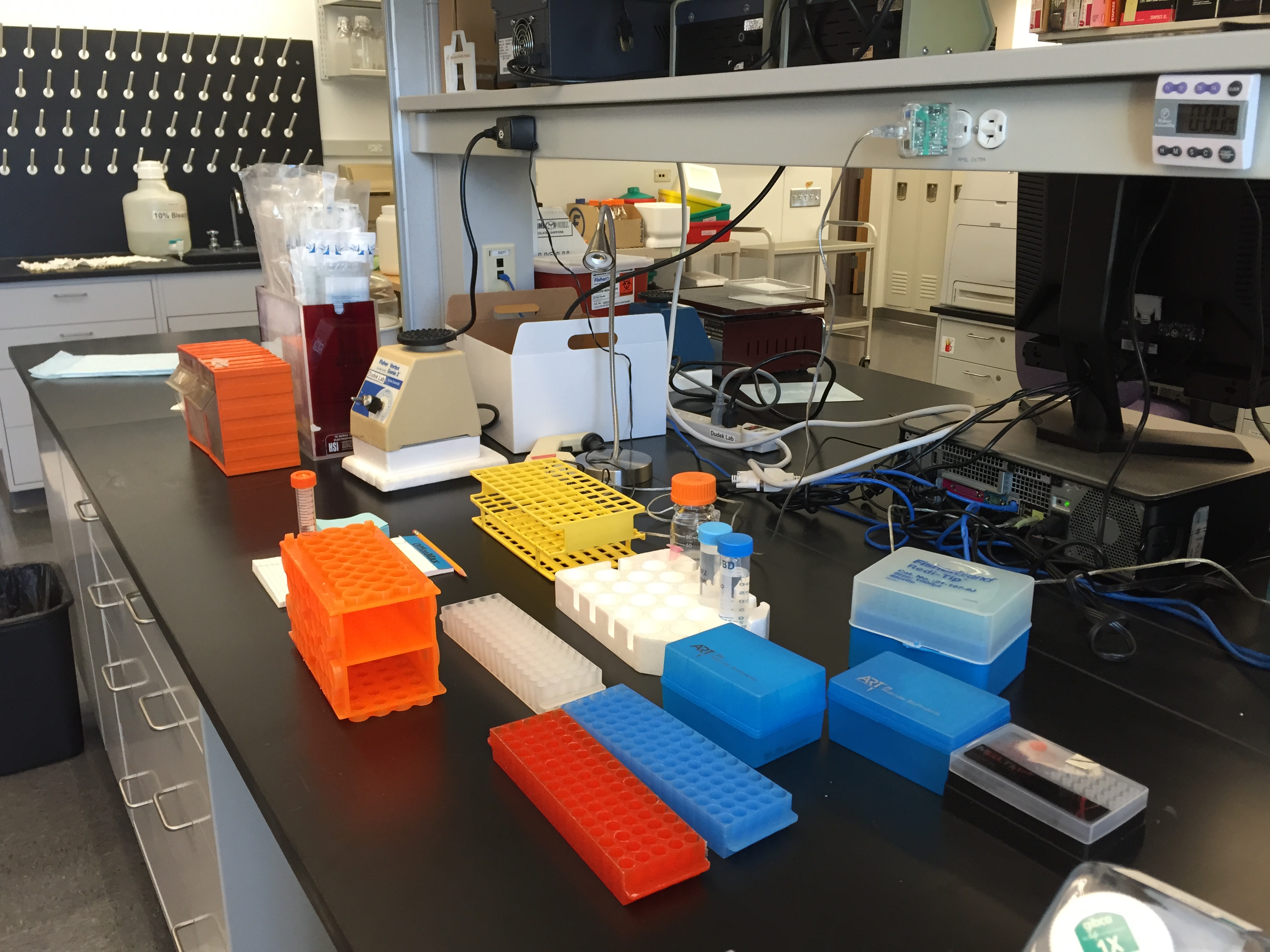 Bench in the lab. Reagents are prepared here. Also some experiments are performed here once genetic material (DNA. RNA or protein) is isolated from cancer cells. 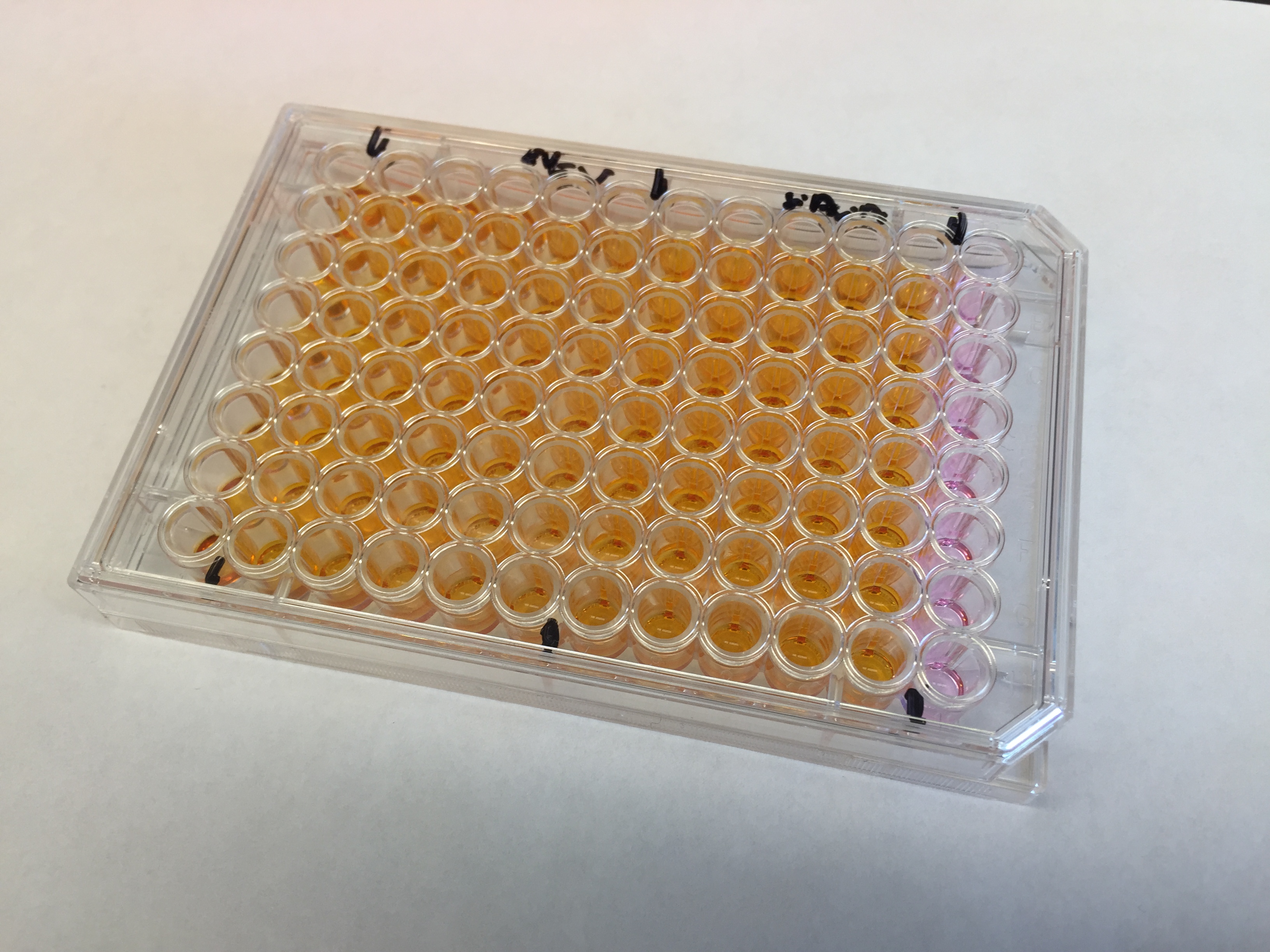 This is a 96-well plate. Yes, it has 96 wells. Cells are seeded in each well. This a cell survival experiment. You add drugs and/or combinations of drug or other reagents. You then add a reagent that interacts with components of the cell. More cells, more color. You read the plate on a plate reader and you can tell if cells are affected or not by a specific treatment. Usually you seed around 5,000 lung cancer cells per well. 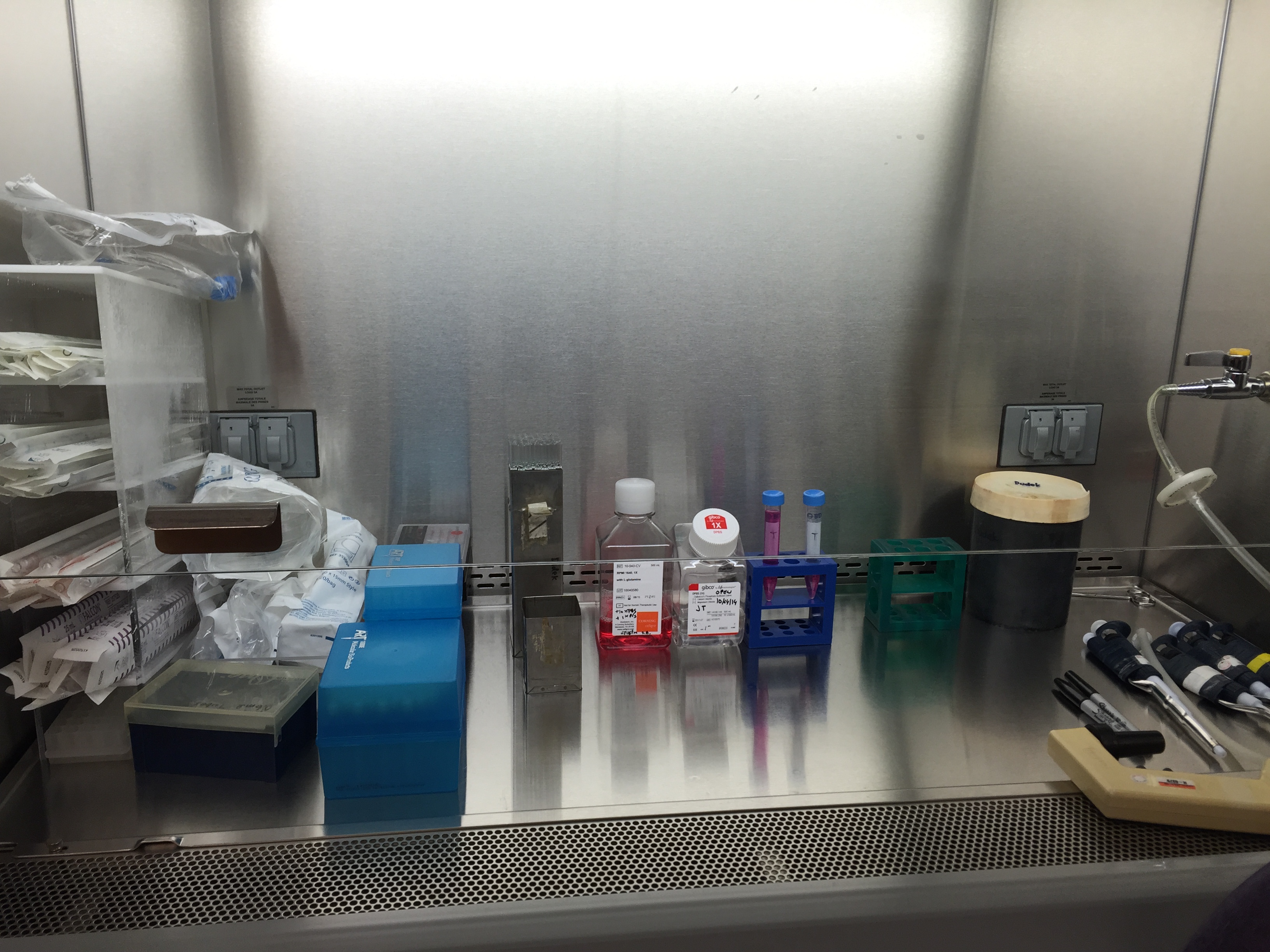 Experiments like the previous one are always performed under the biosafety cabinet to keep sterile conditions. And once the experiment is finished, back to square one: the computer. Reading and analyzing data for next step.