We use target mist-netting techniques to safely capture male Golden-winged Warblers. We deploy light-level geolocaotors only on birds large enough to support the 0.4 gram weight of the geolocator. Morphological measurements are taken and unique color bands are placed on the birds legs to be able to identify them. Then they are released. 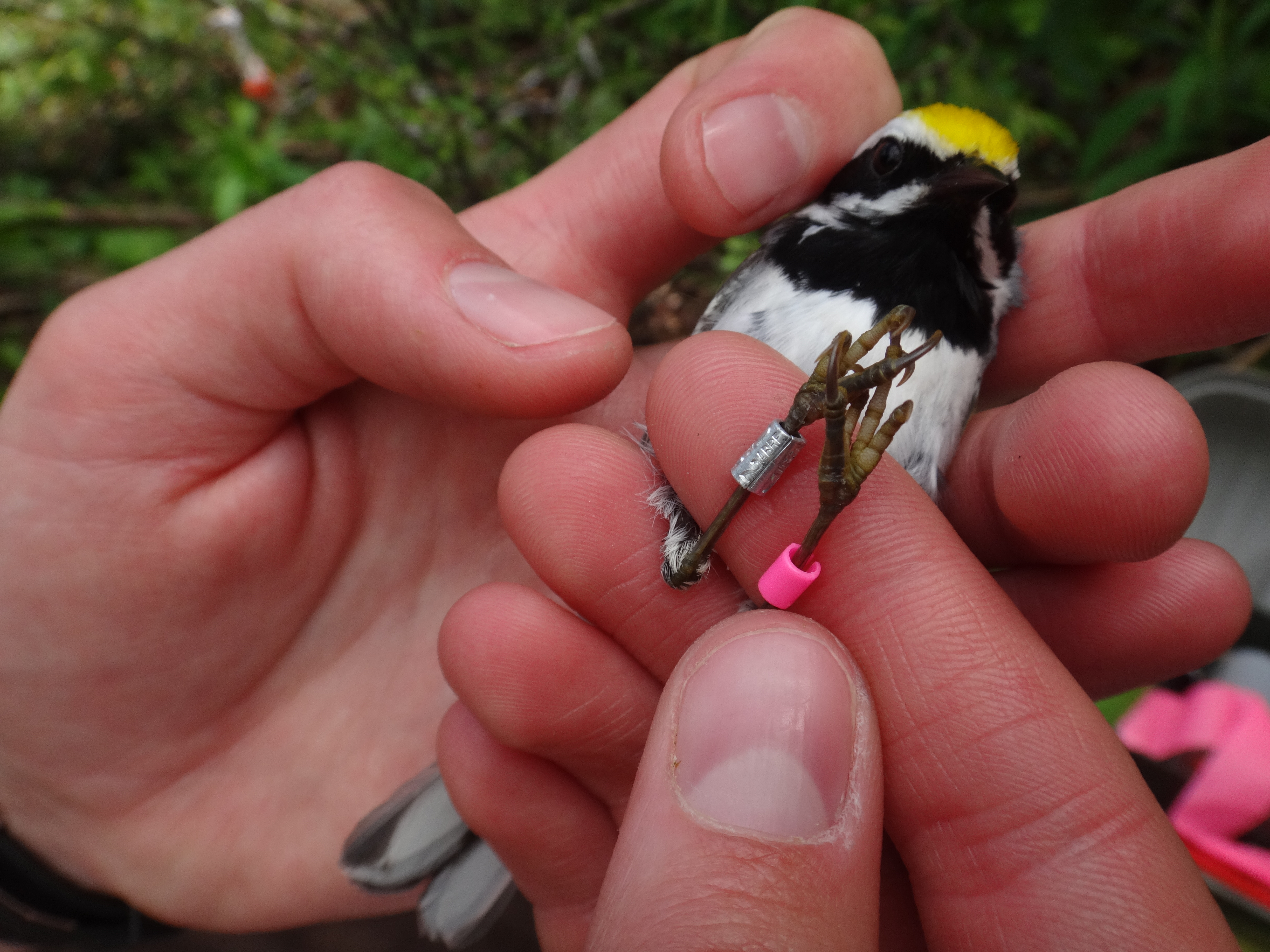 The male Golden-winged Warblers will be relocated in 2017 and will be captured using the same mist-netting techniques. Their geolocators will be removed and the birds will be released. The geolocator data will then be downloaded and prepared for analysis.