A new species to science

The South Georgia Diving Petrel is a tiny, highly specialized, wing-propelled diver; a 'flying penguin'. The New Zealand population is nationally critical and numbers 150 individuals only. Storms are the main terrestrial threat, but offshore threats remain unknown. Complete understanding of all threats is paramount to guide successful conservation management. Thanks to generous backers, it may also be possible to assess juvenile mortality to further fine-tune conservation management.

New Zealand is the seabird capital of the world, but its grand diversity is under serious threat from various fronts. Most research is addressed towards the at-sea threats of the large and charismatic albatrosses. Smaller species, including the South Georgia Diving Petrel, are often threatened onshore, but may also suffer from offshore threats, which often remain unresolved. Luckily, advancing technology offers a helping hand to assess pelagic threats of smaller seabirds, even of tiny ‘flying penguins’.

Seabirds are vital to ecosystems. They provide vital ecosystem functions such as the movement of soil and nutrient cycling. The South Georgia Diving Petrel is the only seabird in New Zealand specialized in burrowing in dunes. Therefore this population may consist of dune ecosystem engineers with considerable conservation value. Yes, a small ‘flying penguin’ can shape a whole ecosystem.

During the 2015/2016 breeding season, I identified storms as the major terrestrial threat to the South Georgia Diving Petrel population. To get a complete understanding of the dangers these little 'flying penguins' face, offshore threats need to be assessed. By using distributional data collected with miniaturized GLS tags, I can infer potential offshore threats. Consequently, I can guide future conservation management to safeguard this species. Protection of this species will result in secured ecosystem functions provided by this species.

In addition, by banding fledging chicks, I can assess juvenile mortality rates. This parameter is likely to be an important part of the population dynamics of this species. Understanding population dynamics is key to designing conservation strategies.

I operate on a limited budget and access to remote islands is expensive. I will use the funds for this project to maximize chances to collect GLS tags that were deployed in 2015. I need to collect these tags in order to retrieve the data. Thanks to the Dunes Trust and the ASG, I have met half of my funding requirements for next field season. Catching specific individuals is time consuming and additional funding translates directly into two more weeks on Codfish Island, and thus maximizes chances of collecting all 10 GLS tags, which is critical to conservation management. Once collected, I will extract data and assess the distribution and offshore threats of the South Georgia Diving Petrel. Furthermore, part of the funding will be used to genetically sex the tagged birds to assess sex-specific distributions.

Thanks to very generous backers, I am able to add a stretch goal! During a second trip in early 2017, I aim to catch and band chicks to assess juvenile mortality.

At each turn these tiny seabirds really amaze us. Johannes' work with the Whenua Hou South Georgian Diving Petrel population is extremely important. Not only will we learn about their distribution during and after breeding, but most importantly the range of threats they face throughout their power-packed little lives. Johannes has proven in his research to date that he is the ideal, enthusiastic young scientist to make new discoveries and to advocate for their conservation. 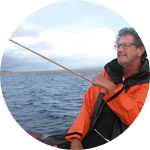 Chris Gaskin
Trustee and project coordinator
Northern NZ Seabird Trust
This project is very important because the global population of this endemic seabird is totally dependent today on a very restricted threatened habitat on a single small island. Johannes Fischer has developed a unique approach to determine the future stability and hence carrying capacity of the limited dune habitat, of which he has unique knowledge. This project has great conservation and scientific importance and represents a novel research approach which will have value for conservation management of dune-burrowing birds elsewhere. 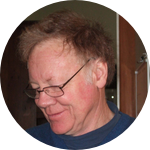 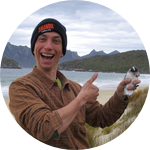 Originally I come from the Netherlands, but a long and windy road across the globe guided by a drive to conserve our vanishing biodiversity has led me to New Zealand. Past projects I was involved with include the conservation of Pink Pigeons on Mauritius and Orangutans on Indonesian Borneo. One particular project, surveying Petrels on Round Island, Mauritius, has stuck with me and sparked my love for seabirds. Now I am studying the conservation of the South Georgia Diving Petrel for my MSc at Victoria University, Wellington, New Zealand. In the past breeding season I already uncovered many secrets of this little-known species. In the upcoming breeding season I hope to expand our understanding of these ‘flying penguins’ to the pelagic realm.

I am pleased to offer a limited-edition print of a South Georgia Diving Petrel to every donor contributing $100 or more! This print has been custom-made for this project by Ayuwat Jearwattanakanok, an incredibly talented artist and dedicated conservationist. Ayuwat has provided amazing illustrations for various global projects, including the new Handbook Of The Shorebirds of the World, and I am very grateful for his contribution to the 'flying penguin' project! 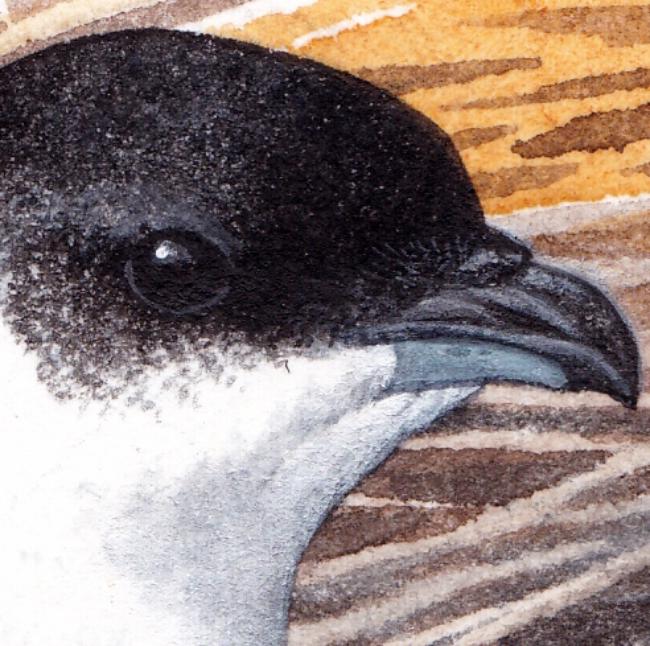 A small preview of the donor reward