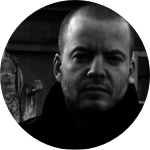 Enric is an anthropologist specialized in psychological anthropology, social approaches to mental health, and human bio-cultural diversity and its applications in medicine. He is currently a pre-doctoral researcher at the Medical Anthropology Research Center (MARC) of the University Rovira i Virgili, working at the interface between Social and Human Sciences, and Health Science. Enric is working on an action-research project, funded by the Spanish Government until October 2026, focused on the implementation of alternatives to coercion in mental heath setting,s such as the collaborative management of medication between users and professionals, peer-supported open dialogue, and the creation of respite houses. His past experience includes working as research assistant at Stanford Law School, the James E. Rogers College of Law of the University of Arizona and the Institute de Hautes Études Internationales et du Développement, The Graduate Institute Geneva, focusing on social networks analysis and the impact of cognitive and other biases in the decision making process in investor-state and state-state disputes in international arbitration courts. More recently he undertook research on the potential genetic basis of the schizophrenia construct, as well as the effects of the neuritine gene (NRN1) in cortical thickness at FIDMAG Research Foundation, Complejo Asistencial Benito Menni de Hermanas Hospitalarias. Enric holds an undergraduate degree in anthropology and human evolution, a master of science in biological anthropology and at the moment he is in his sophomore year of a psychology Bsc. Further information available at: enricgarcia.me

Big data and the law: should we graph the entire justice system?

Big data and the law: should we graph the entire justice system?

A Leap Forward to Cure a Neglected Disease

Can we find bacteria within ticks to stop diseases?

Is Justice Worth It?

It's turtles all the way down.

It's turtles all the way down.

Only two days left to go

First and foremost, my most sincere gratitude for your support. Once we receive the collected funds from this campaign, I will start creating a new website and publishing the data gathered so far,...

You are truly amazing!

Excellent news: we are now 101% funded, with still 24 days left to go!!!! A million thanks to everyone who has made it possible, this will be enough to cover the project costs for almost an entire ...

A few days ago we started a Thunderclap campaign to spread the word about our research. We are really excited to announce that, thanks to all our supporters, we have already achieved the 33% of t...

From 20th to 22th of February we will be tacking part in the 3rd Citizen Cyberscience Summit at University College London, an international event that brings together scholars from diverse fields t...