We've identified that ketone bodies, i.e. fuels in the bloodstream that result from a very low carbohydrate diet, metabolically inhibit growth of 7 cancer cell lines in cell culture, but not 3 normal cell types. Future cancer treatments using diet could become more effective and less toxic. We recently posted this project on Experiment requesting funds for supplies. We need salary for our superb technologist, as the NIH has not funded us, as they are committed to drug therapies.

Our 28 day pilot human trial of 10 subjects with advanced cancers on a very low carbohydrate ketogenic diet (KD) was publilshed in Nutrition (Elsevier) in 2012. Patients with the greatest extent of ketosis had stable cancers or partial remission, while those with the least ketosis showed continued progressive cancer.

Despite a favorable editorial & the Metabolism Award, our proposal to scale up to 65 patients & extend our cell culture work was rejected by the NIH/NCI, as they are committed to drug therapy. We appeal now to people who are interested in supporting promising dietary cancer research.

We believe there is a great opportunity to learn more about the potential of ketogenic and very low carbohydrate diets to develop into safe and non-toxic methods to help in cancer control. Most treatments for advanced cancers require cocktails of 5 highly toxic drugs administered in multiple rounds of chemotherapy, only to fail to achieve a cure. These attempts may indeed add weeks or even months of precious life, but too often severely reduce life's quality, as survival is marked by weakness, profound fatigue, hair loss, nausea, vomiting, diarrhea and serious infections. We believe that, in at least some cancers, ketogenic diets may be able to potentiate other treatments while reducing their toxic doses.

Reactive oxygen species (ROS) are important molecules inall cells, but in high concentrations cause frequent mutations. Cancers produce more ROS than normal cells and mutate frequently into ever more aggressive forms. But ROS that are too high can kill even a cancer cell, so cancers also produce a protein (called UCP2) that helps block ROS from getting too high.

We’ve only recently been able to measure ROS at the same time as UCP2 in our cell experiments. We’ve confirmed findings (also shown by others), that KBs, added to normal cells, reduce ROS. But KB added to cancers have variable effects depending on the cancer. It will be essential to understand the relation of KB to ROS in cancers to better understand Ketogenic diets as a cancer treatment going forward.

Our prior funding appeal to Experiment.com requested funds for supplies & assays for our experiments. We need additional assay kits to continue our experiments. We are asking only for those running out shortly, or were more expensive than we expected.

We've also expanded our studies to measuring reactive oxygen species (ROS), requiring a fluorescent microplate reader. We described the rationale for ROS assays in the prior Experiment---in short we believe that the overproduced, chemically reactive, & mutagenic ROS in cancer cells are kept (barely) within survivable bounds by a parallel increase in UCP2. We need to measure both in parallel to prove this.

Meanwhile, the investigator at Downstate with whom we'd been sharing a plate-reader just moved to another institution, taking his plate reader with him. We must now purchase an instrument which costs about $30-35,000 new. We've found a reconditioned one offered by a nearby reliable re-seller (with a warranty!) for $8000.

I am proud to endorse the ongoing research of Drs. Feinman and Fine because the premise of what they are trying to understand with regard to cancer is straightforward. Can a ketogenic diet provide a strategic treatment pathway in cancer? Why is this so important for cancer research? If we can starve and deplete cancer cells of energy, then in effect we can arrest their growth, spread, and even give the immune system and other therapies a better chance to kill them. This question is so important to answer and understand. Please support this. 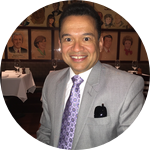 Antonio C. Martinez II
Attorney at Law
Both of these excellent researchers have been driving progress in the crucial area of nutritional influences on cancer proliferation. I greatly admire their scientific approach and extensive knowledge in the areas of cell biology and metabolism. I have no doubt that this latest research project will deliver further key data to progress our understanding. It is therefore of considerable importance that funding continues to enable their great insights. They will not receive support without the aid of this crowd-sourced approach. 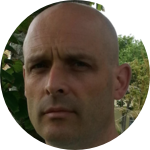 Ivor Cummins
Engineering manager and problem-solving expert
Nutrition Coalition
My book, the NY Times bestseller The Big Fat Surprise, explains how the NIH, from its earliest years, allied itself with the American Heart Association & became a staunch backer of Ancel Keys' diet-heart hypothesis. This bias exists today at NIH & is the reason why Feinman and others cannot get funding for investigations of high-fat, low-carb diets. Despite some 60 clinical trials showing that this diet is safe and effective, NIH still considers it a "dangerous fad." Until that changes, it's up to us to fund this vitally important research. 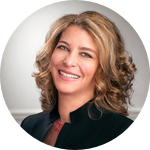 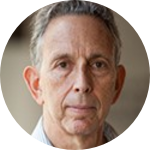 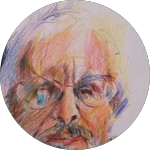 Richard Feinman (not the deceased physicist but a biochemist who is very much alive) has worked in diverse field.

Dr. Feinman has worked in a number of areas of biochemistry. The studies of the effect of ketone bodies on cancer cells in culture represents a confluence of his interests in energy metabolism, stimulus-response coupling in cells and the effects of diet, particularly those based on carbohydrate restriction and generation of the ketogenic state. Dr. Feinman is principal author of the 26-author comprehensive review “Dietary carbohydrate restriction as the first approach in diabetes management: Critical review and evidence base” (Nutrition 2015, 31(1):1-13).

His recent book “The World Turned Upside Down. The Second Low Carbohydrate Revolution” summarizes his world view on the interactions of nutrition and disease and he has pointed out that "If it turns out that we learn to treat diabetes by learning to treat cancer, it would not be the strangest thing that ever happened in science."

Dr. Feinman’s work is stimulated by, and continues to influence, his teaching in the Medical School where he has been a pioneer in incorporating nutrition into the biochemistry curriculum. Dr. Feinman is the founder and former co-Editor-In-Chief (2004-2009) of the journal, Nutrition&Metabolism. Dr. Feinman received his BA from the University of Rochester and he holds a PhD in chemistry from the University of Oregon.

Two guest blogposts that one of us (Eugene Fine) wrote at the request of the other (Richard Feinman) may provide a less technical introduction to ketogenic diets as a means of cancer control. The first blog post describes mostly the data from the human trial we published in Nutrition 2012