We intend to test the efficacy of Spirulina platensis (Sp.) to pull carbon dioxide (CO2) out of the atmosphere via respiratory metabolism. Kombucha, which produces CO2 as a byproduct, will be grown in an enclosed environment next to a culture of Sp. A CO2 meter will be used to measure the CO2 levels produced by the kombucha culture in the presence and absence of Sp. Sp. concentration will be monitored via hemocytometer to correlate CO2 reduction with the amount of Sp. present.

Anthropogenic climate change is largely driven by the amount of carbon dioxide (CO2) human society releases into the atmosphere (1). We are rapidly approaching a turning point at which the Earth could heat up out of control, called "Hothouse Earth" (2). One of the original organisms on Earth to pull CO2 out of the atmosphere via respiratory metabolism are cyanobacteria (3, 4, 5). The possibility exists for such organisms to again be used to pull large quantities of CO2 out of the atmosphere, reducing our greenhouse gas levels. The blue-green micro algae Spirulina platensis fulfills this requirement and is a nutritious algae that is marketable. We chose kombucha as our CO2 producer because it can inexpensively be grown with low maintenance in a small enclosure next to Sp.

If we can demonstrate that Spirulina's respiratory metabolism is capable of reducing the CO2 levels in the surrounding atmosphere by a statistically significant quantity, then such data may pave the way for the use of Spirulina growing facilities as a CO2 "sink" in various locations around the world. At this point in the progress of human-driven climate change it is not enough to just reduce our usage of fossil fuels (6). We must also find ways to pull greenhouse gasses out of the atmosphere if we are to avoid going past global average temperature rises of 2 degrees Celsius, which would be the tipping point leading to runaway climate change, also known as the "Hothouse Earth" scenario (2, 6). Spirulina farming could be a novel method of capturing CO2.

We will grow two 4-gallon kombucha cultures in a ventilated greenhouse environment for 2-4 weeks, recording CO2 levels daily to establish a statistical trend of CO2 production. Then four 4-gallon Spirulina cultures will be grown in the same enclosure for another 2-4 weeks. We will use a hemocytometer to obtain daily Spirulina concentrations and then multiply by the volume of the culture to quantify the total amount of Spirulina present each day. This will allow us to correlate the amount of Spirulina with the degree of CO2 reduction on any given day, such that we can determine how much how much CO2 a given volume of Spirulina can pull out of the atmosphere, and if it is statistically significant.

The salt mixture constitutes the nutrients needed to grow spirulina (in repeated batches) in the lab space we are renting (currently out of pocket). We will need a carbon dioxide meter to gather data. Construction materials are needed to build an enclosure for our experiment to be housed in a relatively sterile environment. Use of grow space constitutes the overhead costs for two months. Starter cultures may be irrelevant, but if our current culture dies off we will need to start the cultures over from scratch which would require fresh starter cultures.

As a stretch goal, should we meet our experiment's budget, we budgeted $2,000 for publication costs for open access publication in PLOS One or PNAS.

Open Bio Labs already has large quantities of kombucha cultures on hand, grown regularly, and therefore there is no need to include it in the budget.

Spirulina is one of the best potential options as a protein source for the future. Understanding how spirulina removes CO2 from the environment will be essential to tackling problems associated with climate change and help shift food products to more sustainable ingredients.

Rob Rhinehart
Founder of Soylent
As the head of Open Bio Labs, I get to see lots of projects and teams come and go. This Spirulina project has behind it an excellent team, a world saving passion, and a game changing project. I fully endorse these guys and the spirulina project, and pledge the use of my lab in order for the team to accomplish their goals. Keep fighting the good fight! 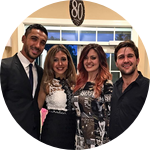 Initial CO2 measurements will be taken over a one to two-month period when Kombucha cultures will grow in the absence of Spirulina cultures. This will be followed by an equal period of time in which Kombucha will be grown next to Spirulina cultures. After data collection is done, the statistical analysis should take one to two weeks. Finally, the publication of a paper detailing the study's findings will be undertaken.

Measure CO2 output of kombucha in absence of Spirulina.

Measure CO2 output of kombucha in the presence of Spirulina cultures. 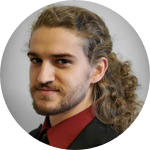 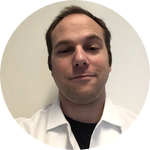 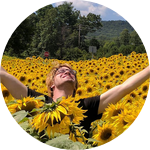 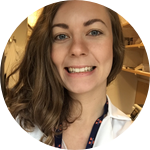 The team is based out of Open Bio Labs, a local microbiology lab and maker space. With the use of lab space and resources our team of volunteer researchers hope to conduct meaningful science with a powerful purpose. We are all here on our own time to conduct science for no pay because we have a scientific worldview and ideas on how to better prepare our world for future generations.

I am a young entrepreneur with a passion for science and philosophy. I have started one non-profit organization of my own, and an entirely new program (much akin to a company in of itself) at a different non-profit. One of my non-profits is called Our Cosmos, which is a small aerospace research endeavor looking at potentially commercializing and providing experimental products in the future (while remaining non-profit). The other is Open Bio Labs, and the name of the program that I founded and direct is "Build".

In a nutshell, Open Bio Labs is a maker-space to allow anyone to come in and borrow lab space and equipment in order to conduct their own research projects and solve problems around the globe.

I also work part time as a physics lab technician at Piedmont Community college where I will be graduating in December with two associates degrees: one is engineering, and the second in Physics (general study). I also attended and was the first ever graduate of the Environmental Studies Academy at Western Albemarle high school which provided me with a great background in earth and life sciences.

While I do have great personal interest in ecology, microbiology, and chemistry, I intend to work and research in a variety of fields mainly centered around physics, engineering, and aerospace. Even in my aerospace ventures I am researching the application of ecology through biospheres, and eventual terraforming efforts as well as general goals in space transportation to allow for said eventual terraforming efforts. I hope to make a great difference in bridging the gap between all scientific (and even humanitarian) disciplines. I have worked on a number of project teams including a NASA competition team last year and I have now moved on to my own more professional scale ventures.

In terms of this project I bring experience in Biostatistics, general laboratory procedures, records research, and publication in peer reviewed journals to the table. I will assist with growing cultures of kombucha and spirulina according to protocols written by members of our team with expertise in these subjects. I will collect data, analyze it, and help write and publish the paper.

I have a passion for the biological sciences both professionally and personally, both adopting a scientific career and scientific hobbies. My interests have ranged from human genetics, to insect genetics and toxicology, and environmental health and toxicology. Professionally, I have been a research assistant in various laboratories and academic institutions for over ten years. I have two master's degrees; one in Biology from the University of North Carolina Greensboro, and a MS in Entomology from Virginia Tech. I also currently have six publications to my name, including two first author publications. I am published in Genetica (1), PLOS One (2,3), The Journal of Clinical Endocrinology (4,5), and The Journal of Human Genetics (6).

I have presented honey bee research at the Southern Appalachian Honeybee Research Conference (SAHRC) 2013, 2014, and 2016. I have also presented my research on bee genetics at Evolution 2014.

I have expertise in a wide variety of cell culture and molecular biology assays, procedures, and protocols. I am also experienced in the statistical analysis of data, and toxicological assays.

Currently I have a foot in several different areas of biology. In the University of Virginia I am a full time Laboratory Specialist in the Ophthalmology Department. Part-time, I am an officer in the United States Army Reserve Medical Corps as a 72B-Entomologist. On the volunteer side of things I am a volunteer Laboratory Manager at Charlottesville Open Biolabs, and am part of the project for which this crowdfunding application is attempting to gain funding.

Elliot is the founder of Spira, a company that creates better-tasting spirulina as an ingredient for food companies. Spira has received awards from RebelBio, Lighthouse Labs, the World Food Programme, Halcyon Incubator, BeGreen, CommBeBiz, and the National Science Foundation, and has presented at SXSW, Synbiobeta and Thought for Food. Elliot is a Kairos Fellow, a Seasteading Ambassador, and Future Founders Fellow. Before Spira, Elliot graduated with a degree in biomedical engineering; he trained at the Stanford d.School as a University Innovation Fellow, and has 10 years of synthetic biology experience and worked for 5 years as a product consultant. He previously founded 6 failed startups and 2 successful nonprofits including an open community science lab. He is incredibly motivated to solve physiological needs using simple biological design.

My research background began over six years ago in a Neuroscience and Cell Biology lab, where as a 16 year old I fell in love with "life in the lab." Since then, I have worked extensively on promoting healthy relationships among Texas youth with a public health research and outreach team, completed an undergraduate thesis titled "The Evolution of Testis Architecture and Sperm Morphology in Anolis Lizards"(1), worked to reduce the use of animal products in the pursuit of developing an anti-malaria vaccine, and am now currently aiding a team of graduate students, post-docs, and research professionals in the pursuit of developing a novel therapeutic to combat the age-associated blindness disease, macular degeneration.

In my hometown of Galveston, TX, I helped my parents maintain and harvest heirloom tomatoes, unusual strains of lettuce, and a wide variety of herbs and fruits in our family-built aquaponics-based greenhouse. I also learned how to use scoby to ferment tea into the highly beneficial, energizing, and tasty beverage called kombucha.

Now, at Open-Bio Labs, I have the opportunity to combine my love of science and innovation with my familiarity of botany and fermentation in an effort to combat the terrifying phenomenon that is global warming.

14 Lab Notes Posted
Retesting for better data confidence
Data collection has been completed. Data analysis is...
CO2 Production of Kombucha grown in the presence of...